Charles Ischi has developed its innovative Data Logger to capture the binary data stream from tablet testing device to a tablet press. The ‘raw’ data can then be exported into proprietary Ph21 SCADA software to be used for quality control, in-process control, documentation and archiving.

The Data Logger is just one of a wide range of ways of using the OPC data exchange capabilities of the Ischi Ph21 SCADA platform.

There are a wide range of tablet testing devices suitable for plugging directly into a tablet press, to be directly controlled by the press.

The Ischi Data Logger monitors the data communication of the test device sending measured values to the press. It captures the data for Ph21 import and analysis, to be used for quality control purposes (e.g. printing test and batch reports). 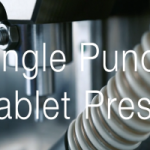