Charles Ischi AG – Testing Technology are a Swiss-based manufacturer and supplier of testing equipment, specializing in tablet and capsule testing technology for research, development, quality control and in-process control for the pharmaceutical and allied industries.

The company maintains an international sales and service network for Kraemer Elektronik tablet and capsule testing equipment and its own solutions, which include a revolutionary In-Process Control (IPC) turnkey add-on solution for use with all makes and models of existing tablet press and capsule filling machinery, to prevent out of specification product being manufactured.

Charles Ischi has grown and developed over two decades by maintaining a rigorous focus on customer satisfaction, providing excellent sales and after sales service.

The company’s key strength is a sales force provided directly and through our international sales network, individual customer care, support for installation and qualification, training, service and repair.

Charles Ischi provide a range developed over many years of automatic IPC testing systems, which are compact, highly mobile and will plug and play connecting to any tablet press with a central server for centralized data recording and IPC processing.

Automated and frequent quality checks enable the system to recognize trends in weight, hardness, thickness, diameter/length and width variation in tablets. The system generates audio or visual alerts and automatic stops, when specified tolerance limits are reached, allowing operators to adjust the tablet press to prevent rejects in production.

The system sends all test results to a central server generating IPC data that can be translated to full production.

This allows the operator to manage product recipes and collect test data of all physical testing devices in one shared database for comprehensive batch records.

The system is based on industry standard software to ensure full 21CFR part11 GMP compliance, also allowing full archiving of all results and product recipes, with electronic batch reports.

Owner and CEO Charles Ischi founded the company in 1992 as Charles Ischi Pharma-Prüftechnik with a mission to acquire customers from the local pharmaceutical industry in Switzerland. For the first eight years it concentrated on building up a European sales and distribution network. Between 2001 and 2004, Ischi expanded that network to new markets outside Europe, notably the Middle East.

In the year 2000, the company converted to a joint stock corporation.

Since 2009, the company has progressively expanded its worldwide network which currently exceeds 55 distributors and representative offices worldwide.

From its headquarters in Zuchwil, in the central Swiss canton of Solothurn in the heart of Europe, Charles Ischi AG co-ordinates its global sales network and maintains customer contacts. Thanks to excellent transport links, including proximity to Basel and Zurich airports, Charles Ischi Sales & Service engineers can be on site quickly, anywhere in the world.

Charles Ischi AG is fully quality certified to ISO9001:2015 standards with a quality control system that meets European Pharma (EP) and US Pharma (USP) standards for activities and products. 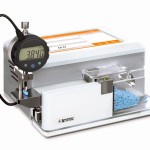 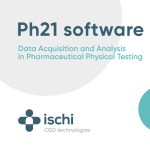 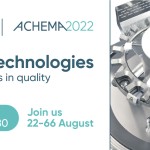 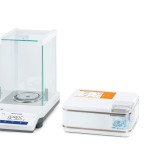