It offers efficient and reliable tablet testing, due to its ‘smart’ orientation and positioning of tablets during testing, with sophisticated connectivity offering data networking capabilities.

The sophisticated design of the Kraemer UTS4.1 ensures fast and reliable tablet testing, both as a tandem stand-alone solution or working in-line with tablet presses. It can support varying degrees of automation with connectivity to all makes and models of tablet presses. Integration can deliver time- and cost-savings due to automation, with a reduction in batch record documentation.

Kraemer UTS4.1 operating software is based on the industry standard Ph21 platform to allow interconnection between tablet tester and tablet press hardware and PC-based control for advanced integration and automation. The software offers additional features:

The Kraemer UTS4.1 Tablet Testing System is available in a wide variety of versions to support particular applications. These include: 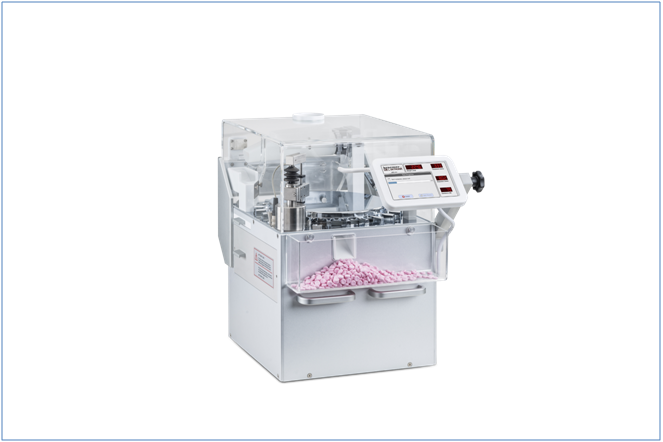