To get in touch with Brinter Ltd., simply fill out the form below.

The team has shared the results of their study in an article ‘Two-step crosslinking to enhance the printability of methacrylated gellan gum biomaterial ink for extrusion-based 3D bioprinting’ published in the journal Bioprinting (see Resources).

Lack of ideal bioinks has been identified as one of the major bottlenecks limiting the progress of the bioprinting field.

Extrusion-based bioprinting requires bioinks, which are mostly made of soft hydrogels or water-soluble polymers. The development of such bioinks must meet specific requirements for fluid properties such as viscosity, shear-thinning, layer stackability and cell encapsulation, with choice of bioink determined by a specific application, such as soft or hard tissues, biosensors, etc.

Hitherto, hydrogel precursors have been the material of choice of bioinks for extrusion-based 3D bioprinters due to their biocompatibility, high hydrophilicity, cell-friendly characteristics, and tunable mechanical properties. However, to create suitable hydrogels for extrusion-based bioprinting, the printability and cell survivability must be optimised throughout the printing process.

There has been an upsurge in interest in photocrosslinkable bioinks for 3D bioprinting due to their versatility and ease of use. However, a specific functional group, such as methacrylate or photo-click chemistry, is needed in the polymer backbone to enable photocrosslinking.

The study team set out to explore a method for developing a photocrosslinkable bioink from methacrylated gellan gum (GGMA) precursor, which has been proven to possess good rheological properties for an injectable hydrogel due to its inherent viscosity. It can also be photocrosslinked in situ at the target site.

The main challenge the team faced was that GGMA precursors alone are unable to maintain a stable filament shape after extrusion from the nozzle.

The team developed a new two-step technique involving ionic and photocrosslinking to make the GGMA biomaterial ink printable. In the presence of an ionic crosslinker (Ca2+), GGMA transformed from a liquid precursor to a weak extrudable hydrogel. They then used photocrosslinking to turn the weak hydrogel into true hydrogel with good shape fidelity.

The study determined 2% GGMA with 90 mM calcium chloride as the formulation with the best printability. The optimum ink formulation was then used to print 3D structures. This optimised GGMA ink was printed with consistent fibres and provided high printability during the fabrication. The 3D printed structures still lacked high resolution compared to the control structures.

The team concluded that their two-step crosslinking technique provided pre-crosslinked GGMA biomaterial ink with good printability, enabling the printing of genuine 3D constructs across a wide range of bioprinting applications.

“The characterizations have proved that the two-step crosslinking technique is an effective approach to turn unprintable GGMA inks into feasible bioinks for the fabrication of 3D structures. In the case of ionically pre-crosslinked inks, we have shown good fiber formation and rheological behaviour. The 3D printed structures presented high accuracy, shape fidelity, structural integrity and mechanical stability,” the study concludes.

Founded in 2020 via partial demerger in Turku, Finland, Brinter is the manufacturer of a modular multi-material bioprinting platform scalable from manual R&D to automated production. The company works with science and bioengineering organizations to integrate 3D bioprinting into their research, manufacturing, and treatment methods. The goal is to break through current technological limitations and improve people’s quality of life.

Brinter has bootstrapped its growth since 2019, when it launched its first product, and is currently active in more than ten countries, including Germany and the UK.

To date, Brinter has raised a total of €1.2M in funding and is currently active in more than ten countries, including the USA, Germany, India, and the UK.

Brinter® One - A Modular 3D Bioprinter 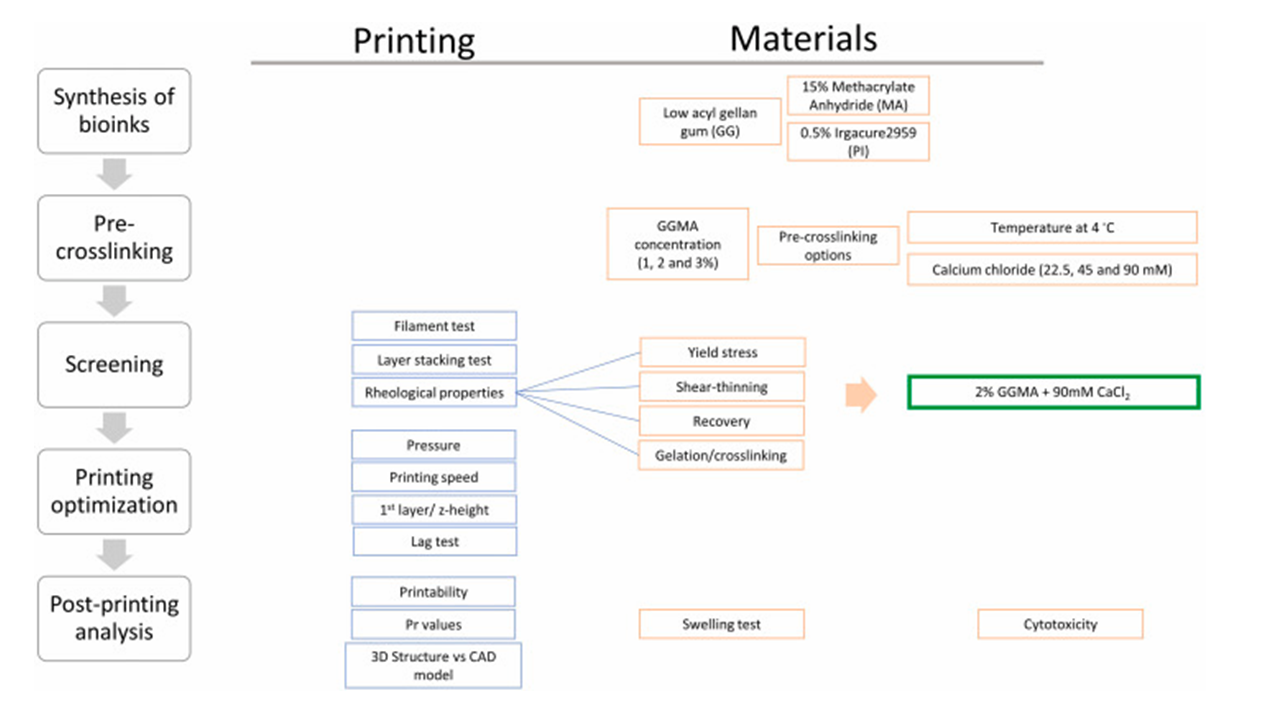 Simply fill out the form below to contact Brinter Ltd. now.