To get in touch with Brinter Ltd., simply fill out the form below.

Brinter® strives to build technologies that advance the growing industry of 3D bioprinting, which involves basic research into ways of engineering human tissues via diverse bioprinting applications that use revolutionary three-dimensional biomanufacturing technology to advance the sciences of regenerative medicine and tissue engineering.

Bioprinting enables the precise patterning and assembling of cells and extracellular matrix (ECM) into functional 3D tissue constructs built from a patient’s own cells.

This technology will be a game-changer in medicine, with bioprinting applications that range from drug screening and toxicology research to tissue and organ transplantation.

Traditionally, stem cells have been grown in monolayer plastic culture plates. However, these techniques are inherently inefficient, labour-intensive, expensive, and limit the yield expansion of stem cells. Moreover, 2D cultures yield heterogeneous populations of stem cells and their derivatives that do not mimic the intricate 3D microenvironment of a stem cell niche responsible for the regulation of stem cell fate.

More recently, 3D culture methods have been developed to control cell fate by recapitulating the physical and biochemical properties of the native microenvironments. However, these prefabricated or rigid 3D scaffolds require cell seeding or migration of cells into the scaffold to yield heterogeneous distribution of cells. Conventional laboratory techniques, such as photolithography and stamping, for patterning the scaffolds with biologically active molecules are time-consuming, with several manual and complex fabrication steps required. Thus, the fabrication of these 3D microenvironments is not easily scalable to produce high-throughput and highly reproducible constructs.

Spatially defined gradients of immobilized biomolecules can be fabricated automatically in a noncontact manner reducing the risk of cross-contamination originating from the surface and without the need for chemical modification of the printable proteins or substrates.

Bioprinted gradients and patterns of biomolecules can extend understanding about how to develop better microenvironments for stem cells in order to direct stem cell differentiation into multiple subpopulations of different lineages.

Developing novel biomaterials and bioinks that are easily dispensable, mechanically robust, and able to maintain cellular viability are the keys to creating in vivo bioprinting applications.

Drug development is becoming prohibitively expensive, costing around $2.6 billion for every new drug entering the market. Many new drugs fail to reach the market at all, with a 90% failure rate among those that reach clinical trials.

Major factors are stricter regulation around animal testing and inherently poor translation from preclinical animal models used to assess the safety and toxicity of new drug candidates to humans.

Bioprinting tissue models based on human cells are a feasible method to create small-scale, simplified tissues like liver, kidney, or lung tissue that mimic native tissue for high-throughput assays. These biomimetic tissues can be used to eliminate unsafe drug candidates at an earlier stage, thus reducing preclinical trial costs and speeding up the translation of new drugs into clinics.

Similarly, the automatically and reproducibly produced tissue constructs can increase the confidence in safety assessments and guide research projects away from potential hepatic toxicants at an earlier stage.

Cancer is a leading cause of death worldwide in countries of all income levels. Furthermore, the number of cancer cases and deaths is expected to grow rapidly as populations grow, age, and adopt lifestyle behaviours that increase cancer risk. It is estimated that more than 20 million new cancer cases annually will occur by 2025.

Cancer therapeutics currently have the lowest clinical trial success rate of all major diseases. The majority of cancer research is conducted in mouse models that do not accurately represent human tumour biology. Furthermore, two-dimensional tumour models lack cell-cell and cell-matrix interactions present in 3D. They do not precisely represent a physiologically relevant environment.

Bioprinted in vitro tumour models based on human cancer cells can accurately reproduce the characteristics of human cancer tissue, which allows studies concerning complex interactions such as cancer cell dynamics during vascularization or metastasis of cancer cells.

Bioprinting recapitulates the complicated cancer microenvironment by precisely situating multiple cell types and even microcapillaries. This approach will benefit the study of cancer pathogenesis and metastasis.

In the future, bioprinted tumour models created using a patient’s own cancerous cells could also enable the personalization of anticancer drugs.

Despite the high (and constantly increasing) number of performed transplantations, these cover less than 10 per cent of patients waiting for donor organs that must be sourced either from living or deceased donors. Furthermore, any patient who finally receives a transplant faces a lifetime on immunosuppressive drugs.

However, a wide variety of tissues, such as blood vessels and neovascularized cartilage, have now been successfully bioprinted and the vision is to make it possible to 3D bioprint entire functional organs for those in need of organ transplant.

The incorporation of nerves, blood vessels, and lymphatic vessels capable of integrating with host systems will enable the creation of transplantable organs, such as kidneys, lungs, hearts, and livers. Before the transition to clinics, artificial organs will be assessed via animal transplantation.

Nor would bioprinted organs be rejected by the body as they could be fabricated from the patient’s own cells, which would eliminate the detrimental side effects of immunosuppressive drugs as well as the tremendous costs they create for the healthcare system.

Conventional pharmaceutical manufacturing processes for tablets and other oral dosage forms were first developed around 200 years ago. While cost-effective for large-scale production, these fabrication methods are inherently time-consuming, labour-intensive, and, due to the large batch sizes needed, dose inflexible.

Tablets are usually mass-manufactured in a few discrete strengths, often based on the dose required for a suitable effect in the majority of the population. However, it is evident that one dose might not fit all; with requirements varying according to individual genetic profile, disease state, gender, age, and weight.

Nor do traditional manufacturing processes easily support early-phase drug development, where doses need to vary according to evolving study needs.

Bioprinting generates new ways to produce prescription pills from sets of biochemical inks customized for each patient. This allows the individualization of medication according to the needs of the patients, their genetic profile, as well as their health condition, moving beyond a “one size fits all” approach towards personalized medicines. Instead of taking many pills a day, future patients could take just one 3D printed composite pill containing multiple drugs, each with a unique release rate.

3D bioprinted drug prototypes may provide an increased understanding during early drug development, decreasing time-to-market and the risks of nonadaptation.

3D bioprinting of drugs could take place anywhere in the world with access to the active ingredients, supporting on-demand dispensing in various settings, such as pharmacies and hospital wards, which could improve medicine access, reduce medicine wastage, and accelerate discharge times from hospitals.

Brinter® One - A Modular 3D Bioprinter 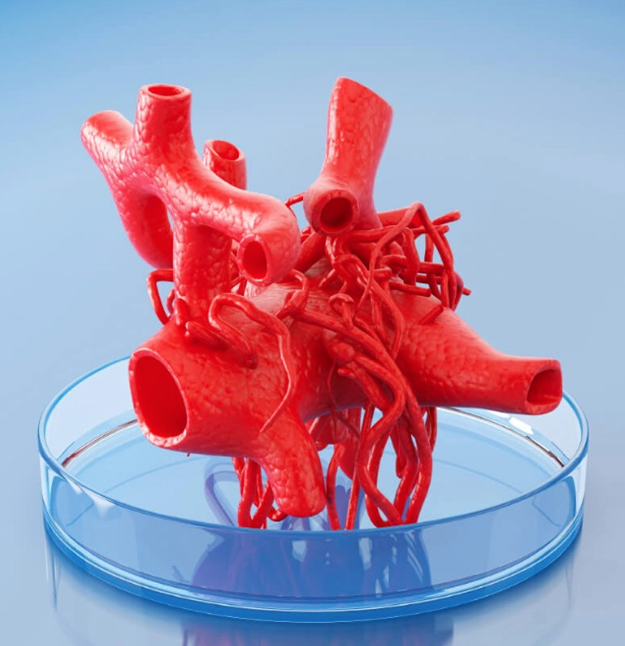 Bioprinting offers the prospect of creating transplant-ready human organs with no rejection issues. 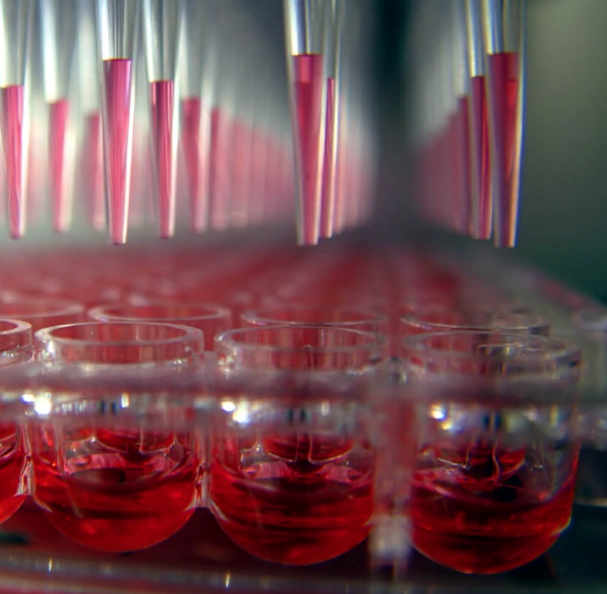 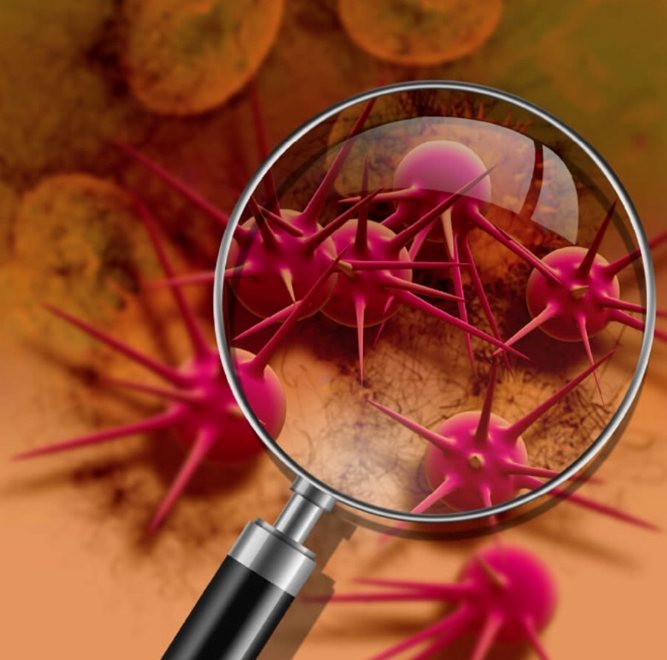 Bioprinted in vitro tumour models based on human cancer cells can accurately reproduce the characteristics of human cancer tissue.

Simply fill out the form below to contact Brinter Ltd. now.