Its proprietary technology platforms include the novel DigiSTAR digital precession unit that adds 3D Electron Diffraction to TEM units to enable them to characterize crystalline materials and solve nanocrystalline structures that are difficult to determine using conventional X-Ray diffraction techniques.

In recent years, the scientific community has shown a renewed interest in use of Micro-ED for characterizing those active pharmaceutical ingredients (APIs) for which it is challenging to grow suitable size crystals for single crystal X-ray diffraction. Traditional diffraction based techniques e.g. single-crystal x-ray diffraction (SCXRD) and Powder X-ray Diffraction (PXRD) have their own challenges, including:

In all these cases, 3D-ED/Micro-ED in TEM provides a useful alternative for structural studies, allowing crystals as small as 50 nm to be studied. The principle of acquiring 3D-ED data consists on focusing the electron beam on a micronic crystal in TEM/STEM mode and sampling the reciprocal space in small steps using beam precession or continuous rotation of the crystal.

The NanoMEGAS study highlights four recent case studies of investigations of pharmaceutical drugs using experimental 3D-ED that provided valuable new insights into the actual structures of these compounds, in some cases where the structure was not previously reported in literature.

The NM studies showed that 3D-ED/Micro-ED techniques in combination with Direct Detection cameras could be used as a powerful tool for phase identification and structural characterization for nm size (50-500nm) beam sensitive pharmaceutical materials.

In summary, NanoMEGAS 3D-ED/Micro-ED solutions allow a range of advanced applications that include:

Click on Electron Diffraction Tomography Micro-ED for Structural Characterization of Pharmaceutical Compounds to view original study in a poster. 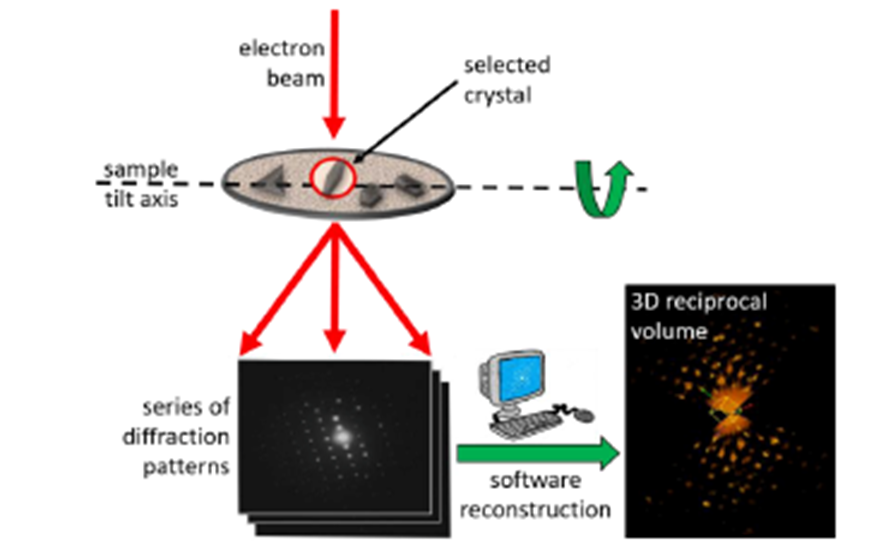 Figure 1: TEM Image of the carbamazepine nanocrystal and ab-initio solved structure from 3D-ED data at RT.

Figure 2. TEM Image of the Ramelteon crystals and solved structure from 3D-ED data at RT by Simulated Annealing.

Figure 4. TEM Image of the Linagliptin crystal and ab-initio solved structure from 3D-ED data at RT.