Brussels-based instrumentation hardware and software manufacturer NanoMEGAS (NM) is a specialist and innovator in advanced electron diffraction technologies in Transmission Electron Microscopy (TEM), with exciting applications for the pharmaceutical industry.

NanoMEGAS is the originator of several patented technologies for phase /orientation mapping, strain mapping and 3D shape characterization of nanoparticles (in liquids).

Its main technology platforms include:

Electron Crystallography is considered as the method of choice for structure determination of nanocrystalline compounds (crystals as small as 20 nm to several microns). Such nano-crystallites reveal typically “X‐Ray amorphous” powder diffraction patterns for sizes down to 10nm where is very difficult to identify and characterize their structures using X-Ray diffraction techniques.

Used in combination or separately, NanoMEGAS technologies support a range of advanced electron crystallography analytical applications for pharmaceutical companies and life sciences organizations that include:

Trace analysis with TEM Virtual Bright and Dark Field imaging and electron diffraction is a technique that enables detection of very small traces of crystalline material. This technique allows trace crystals at sizes as small as 10nm to be observed even where very low quantities (< 0.01%) are present.  Structure characterization (like phase confirmation) of such small crystals can be done using 3D Electron Diffraction or MicroED on individual crystallites.

NanoMEGAS was founded in 2004 by a team of scientists and experts in the field of electron crystallography and catalysis. Inspired by pioneering work carried out on electron crystallography in the 1950s in the USSR and USA, and also by later developments in the 1990s in the USA, and on precession electron diffraction at Bristol, UK, the NanoMEGAS team was first to develop and market its “spinning star” universal precession device for TEM in 2004.

Since then, NanoMEGAS has grown to the point where it now has more than 200 precession diffraction related instruments and has contributed more than 1000 scientific publications related to its instrumentation and solutions (see Resources).

NanoMEGAS has its headquarters in Brussels, Belgium, where its research facilities include a fully equipped TEM microscope. The company has scientific collaboration agreements with several academic and research institutions worldwide, including CNRS/INP Grenoble in France, University of Mainz in Germany, University of Barcelona in Spain, and IIT Pisa in Italy. It is also an active partner of the Electron Crystallography Commission of International Union of Crystallography (IUCr).

The company has participated in several EU funded projects, including MUMMERING, NanED, EUROSTARS and the Enabling Science and Technology through European Electron Microscopy (ESTEEM2 and ESTEEM3) programs. 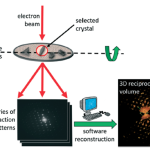 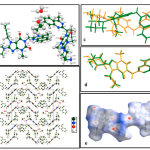 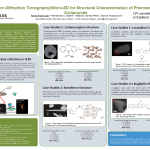