To get in touch with Skyepharma Production S.A.S., simply fill out the form below.

Their joint study ‘Controlling the lag-time and release kinetics of press-coated tablets using process parameters and tablet geometry’1 was led by Skyepharma research scientist Dr. Léo Picart, who is also a fellow of Arts et Metiers Institute of Technology at University of Bordeaux, teamed with university colleagues Dr. Vincent Mazel and Dr. Pierre Tchoreloff, along with Skyepharma scientists Dr. Aline Moulin and Dr. Vanessa Bourgeaux. Their results are published in the November 2022 edition of the International Journal of Pharmaceutics and were also presented as a poster to the recent Compact Simulation Forum in Lyon.

The study sought to enhance the advantages of press-coated tablets as an effective technology for controlling the delayed release of active ingredients to achieve therapeutic goals. These tablets are characterised by a core–shell structure, the design and formulation of which have been the most important considerations in tuning dosage lag-time and release kinetics.

They discovered that varying these parameters made it possible to set lag-time at between one and 10 hours, also observing that these parameters appeared to influence release kinetics after the lag-time.

This was confirmed by dissolution tests, in which the team used direct visual observation to confirm that two main opening modes (ways in which core becomes exposed) corresponded to fast or slow release rates. These modes were determined by density distribution in the shell that is again a direct product of tableting process parameters.

In summary, the study found that wide variations in lag-time could be achieved without changing basic formulations of either the shell or the core, simply by adjusting compression pressure, layer thickness or shell diameter.

They further suggest that the dissolution kinetics of the tablet core directly depend on the layer or band opening mode, highlighting the importance of visual observation in tablet testing.

“Geometrical parameters and compressor pressure should be considered as critical parameters during the design and development of a press-coated tablet to play on the drug release attributes,’ the study concludes.

Skyepharma is an independent French pharmaceutical CDMO, 100% owned by its management team and Bpifrance. Skyepharma is an expert CDMO specialised in the formulation, development and manufacturing of complex oral solid forms (OSD), with a specific expertise and proprietary technologies on modified release products.

Skyepharma is based in Saint-Quentin-Fallavier, France. The current factory, dedicated to its OSD activity, occupies 22,000m2, on a 60,000m2 piece of land. Skyepharma has decided to allocate a portion of the available land (more than 20,000m2) to establish its SkyeHub Bioproduction, an innovative model designed to offer clinical and commercial production capacities to biotech companies. This SkyeHub model includes the construction of dedicated buildings, with specifically designed surfaces and premises, together with transverse support services such as quality, maintenance, batch release, etc.

Center of Excellence in Classic and Complex Oral Solid Forms 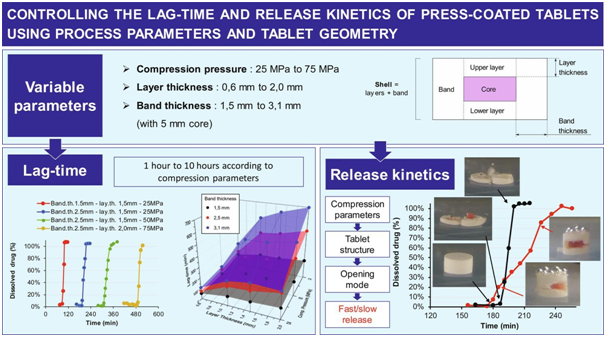 Simply fill out the form below to contact Skyepharma Production S.A.S. now.