Bachem offers a wide selection of melanocortin peptides that form a bedrock for peptide drug design.

Involved in a wide variety of physiological functions such as skin pigmentation, steroidogenesis, energy homeostasis and metabolism, the melanocortin system therefore represents an important therapeutic target for various disorders including obesity, cachexia and inflammatory diseases, while the multifaceted roles of melanocortin receptors make them promising targets in drug discovery across multiple therapeutic areas.

Melanocortins are a family of peptides comprising ACTH (adrenocorticotropic hormone) and the melanocyte stimulating hormones α-MSH, β-MSH and γ-MSH. They are derived from the common precursor POMC (pro-opiomelancortin) as illustrated in Figure 1. They act via the melanocortin receptors (MC1R-MC5R). Melanocortins are produced via a series of enzymatic steps in a tissue-specific manner and are involved in the regulation of a diverse range of physiological functions including pigmentation, steroidogenesis, energy homeostasis and eating behavior.

There are two main types of melanocortin hormones:

Adrenocorticotropic Hormone (ACTH): This 39 amino acid peptide is produced in cells of the anterior pituitary under the influence of the hypothalamic hormones corticotropin-releasing hormone (CRH) and Arg8-vasopressin (AVP). The primary role of ACTH is regulating the synthesis and release of glucocorticoids by the adrenal gland. In humans, cortisol (hydrocortisone) is the principle circulating glucocorticoid. ACTH acts via the MC2R receptor in the zona fasciculata of the adrenal cortex. The primary physiological effects of glucocorticoids are to stimulate gluconeogenesis from amino acids and inhibit glucose oxidation in the cells and the associated increase in blood sugar levels.

MSH Melanocyte Stimulating Hormones (α-MSH, β-MSH, γ-MSH): α-MSH, β-MSH, and γ-MSH are derived from different regions of POMC. In mammals, mature α-MSH consists of 13 amino acids and can be produced by the further processing of ACTH including formation of a C-terminal amide and N-terminal acetylation. α-MSH is expressed in the hypothalamic arcuate nucleus and in the nucleus tractus solitarius of the brainstem where it has a crucial role in the regulation of metabolic functions. When administered centrally, α-MSH suppresses feeding in free-feeding or fasted rodents. It is also found in the skin, where it triggers production of pigments and is also able to modify keratinocyte proliferation and differentiation.

β-MSH, generated by processing of β-lipotropin which also yields γ-lipotropin and β-endorphin, may not occur naturally in humans but as an artifactually produced fragment of the β-lipotropin molecule. A recent study, however, suggests that β-MSH is a true neuropeptide and that the predominant species of β-MSH is the 18-amino-acid form predicted by the location of dibasic cleavage sites.

γ-MSH is encoded in the N-terminal region of POMC and exists in three forms γ1-MSH, γ2-MSH, and γ3-MSH. γ-MSH is an agonist of MC1R, MC3R, MC4R, and MC5R. As γ-MSH has the highest affinity for MC3R it is considered to be the natural ligand of this receptor.

The five melanocortin receptors (MC1R to MC5R) belong to the family of class A (rhodopsin-like) G protein-coupled receptors. They mediate their effects primarily by activating a cAMP-dependent signaling pathway. In addition to melanocortin peptides, other endogenous peptides such as the agouti signaling protein (ASIP), agouti-related protein (AgRP), and β-defensin 3 can bind to these receptors.

Here is a summary of main MCR agonist affinities and functions:

MC1R: Primarily expressed in melanocytes of the skin and is involved in skin pigmentation and DNA damage response, including DNA repair pathways. ACTH and α-MSH are considered the physiological agonists of MC1R.

MC3R: Primarily found in the central nervous system especially in the hypothalamus but is also expressed in gut and kidney, this receptor appears to be involved in metabolic regulation, with a recent study indicating that it is required bidirectionally for controlling responses to external homeostatic challenges, such as caloric restriction or calorie-rich diet. γ-MSH exhibits a 100-fold higher affinity and 45-fold higher potency at the MC3R than any other.

MC4R: Expressed in the central nervous system and found in several regions including cortex, thalamus, hypothalamus, and brainstem, it is an essential regulator of energy homeostasis and metabolism and has high affinity for α-MSH and ACTH. Stimulation of MC4R decreases food intake and increases energy expenditure. Loss of function mutations of MC4R are associated with obesity.

MC5R: Highly expressed in multiple exocrine tissues. This receptor might play a role in the regulation of a variety of exocrine glands and has also been suggested to be involved in pheromone-regulated behavior in mice.

There is ongoing interest in the melanocortin receptor system as a mechanism regulating important physiological functions such as feeding behavior, response to UV radiation, sexual function, pain response and more, with MCRs involved in diseases such as obesity, sexual dysfunction, cancer and skin disorders. There are already approved drugs targeting MCRs, such as corticotropin (Acthar®), cosyntropin (Synacthen®), afamelanotide (Scenesse®), and bremelanotide (VylessiTM), which was approved by the U.S. Food and Drug Administration (FDA) in June 2019 for the treatment of hypoactive sexual desire disorder in premenopausal women.

Leading drug candidates in clinical development that target MCRs are summarized below:

For researchers and organizations studying the melanocortin receptor system, Bachem offers a selection of research products including ACTH sequences and Melanocyte-Stimulating Hormone (MSH) sequences. In addition, Bachem offers a comprehensive a selection of Ingredients including Tetracosactide (cosyntropin). Bachem can also cyclize specific peptides as part of its custom peptide synthesis service and in the development of New Chemical Entities (NCEs).

For further information, see the Bachem online shop and its products related to obesity and inflammation research. 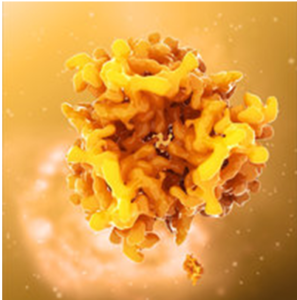