The MEGGLE Excipients & Technology team has exhibited at a special booth on the stand of its Indonesian distributors P.T. Menjangan Sakti at booth B10 at the Jakarta International Expo Center.

The MEGGLE stand displayed a wide range of the company’s innovative lactose-based products and co-processed excipients including the ground-breaking Tablettose® agglomerated lactose, DuraLac® H anhydrous lactose and FlowLac® spray-dried alpha-lactose monohydrates, all of which have helped revolutionize direct compression tableting.

This is a return to Jakarta for MEGGLE, which attended the 2016 CPhI SEA show.

“CPHI SEA 2017 has been a well-organised show by UBM. Apart from engaging customers and prospective clients at the booth, I had the opportunity to hold a seminar during the show, allowing Meggle to present our products in a different format. Exhibiting at P.T. Menjangan Sakti’s booth significantly boosted our local presence and brand awareness,” commented Dr. Siang Meng Chua, Director of MEGGLE Singapore (PTE) Ltd., who led the company’s team at CPhI SEA 2017.

Bavarian-based MEGGLE Wasserburg is one of the world’s foremost experts in lactose and its applications in pharmaceuticals.

A multidisciplinary ream of committed and highly qualified people allows MEGGLE clients to benefit from pioneering experience and innovative drive in industrial milk and whey processing. The company constantly strives to develop high-tech, functional products for implementation in customer applications, where they can deliver maximum performance.

The company has introduced several pioneering products, notably Tablettose®, the world’s first agglomerated lactose for direct tableting, Cellactose® 80, a pioneering co-processed excipient based on cellulose powder and lactose monohydrate for outstanding compression and flow properties and RetaLac®, the first co-processed excipient to use a hypromellose-lactose base for sustained release formulations.

CPhI South East Asia (SEA) is one of the most recent additions to UBM-organized franchise, extending the same ‘four in one’ format that has made these pharma industry events so successful to the ASEAN life sciences market.

CPhI SEA 2017 will be three-day event, opening March 22 at the Jakarta International Expo center in the Indonesian capital. It is expected to attract some 5,500 attendees and exhibitors from more than 20 countries across the region as well as from Europe and North America.

The event is organized by UBM Live. More information at: http://www.cphi.com/sea/ 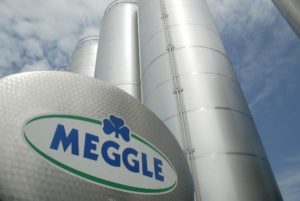 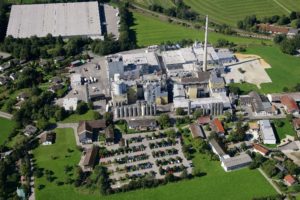