MEGGLE are specialists in co-processing lactose to produce improved and sophisticated pharmaceutical excipients that can be used as tablet binders, aids to flowability or other characteristics needed to support ease of production and ultimate product quality.

What is an excipient?

A pharma excipient can be defined as any substance other than the active ingredient to be included in a drug delivery system, particularly in tableting to aid powder flowability, compressibility or product characteristics, such as tablet binding, or hardness.

The purpose of excipients is to aid processing during manufacture, enhance stability or bioavailability, assist product identification or in some other way enhance overall safety and effectiveness of the product in storage or use.

Pharmeuropa defines a co-processed excipient as “any combination of two or more excipients obtained by physical co-processing that does not lead to the formation of covalent bonds.”

This means that co-processed excipients have functionalities that are not achievable through mere sample blending.

In all pharma excipients, the combination of ingredients is designed to maximize performance and functionality. That combination can either be achieved by adding specific ingredients into the powder mix or use a single co-processed excipient in which two or more substances are blended.

Co-processed excipients can be produced using a variety of processes such as, dry and wet granulation, extrusion, or spray-drying.

MEGGLE offers five principal brands of co-processed excipients intended for direct compression (DC) tableting applications. All combine ingredients that are recognized under international pharmacopeias and well-established for use in the pharmaceutical industry. 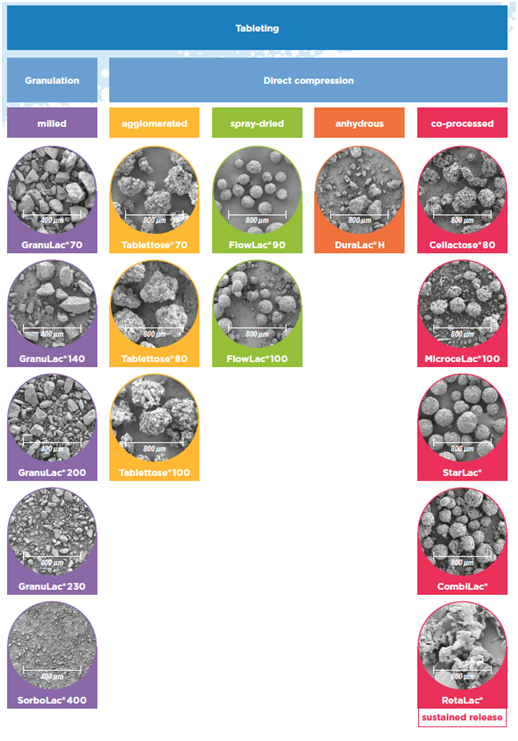