MEGGLE has officially extended its product specifications to explicitly highlight compliance of the excipient with the Chinese Pharmacopoeia (ChP).

The move required MEGGLE to institute new tests into its quality system, which were necessary to comply with ChP.

MEGGLE has so far been able to place more than 30 of its excipients on the National Medical Products Administration (NMPA), formerly known as CFDA, Center for Drug Evaluation (CDE) platform.

The CDE is responsible for technical review of all drug applications and listing is a prerequisite to the use of MEGGLE excipients in pharmaceutical drug manufacturing in China.

More than ten of the MEGGLE excipients have been awarded “A” Status on the NMPA on this platform.

MEGGLE has been supporting the Chinese pharmaceutical market with its products and services for almost two decades. With the contribution of its representative office in China, headed by Dr. Yi Kang, local customers have been quickly and comprehensively served. Either technical or quality related queries have been followed up with full commitment, respecting local Chinese requirements.

Bavarian-based MEGGLE is one of the world’s experts in co-processing and powder technology. From its roots as a dairy operation in the late 1880’s, MEGGLE has become one of the world’s leading manufacturers of pharmaceutical lactose, supplying the pharma market segment with a broad-based and unique lactose product portfolio.

Click on NMPA Center for Drug Evaluation for further information on CDE listing in China. 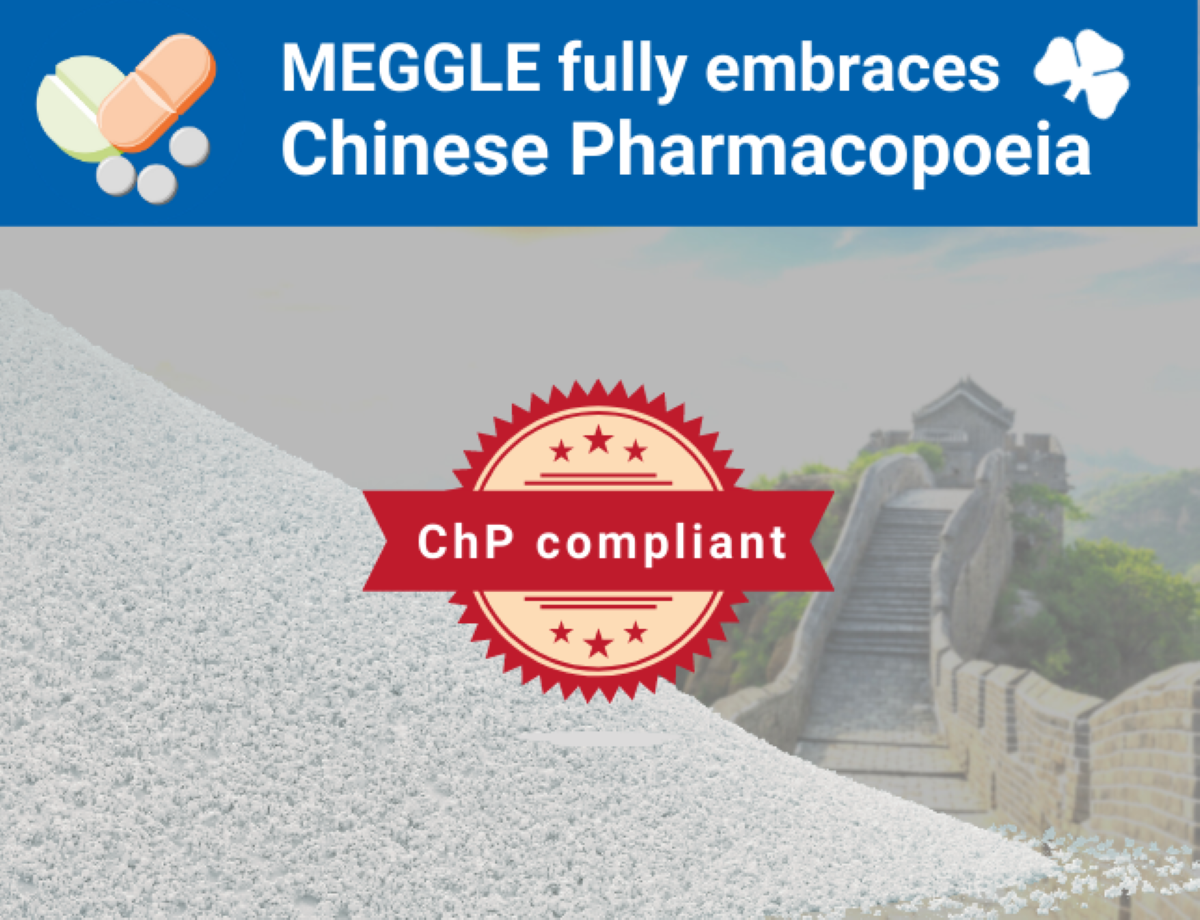