To get in touch with MEGGLE co-processed excipients, simply fill out the form below. 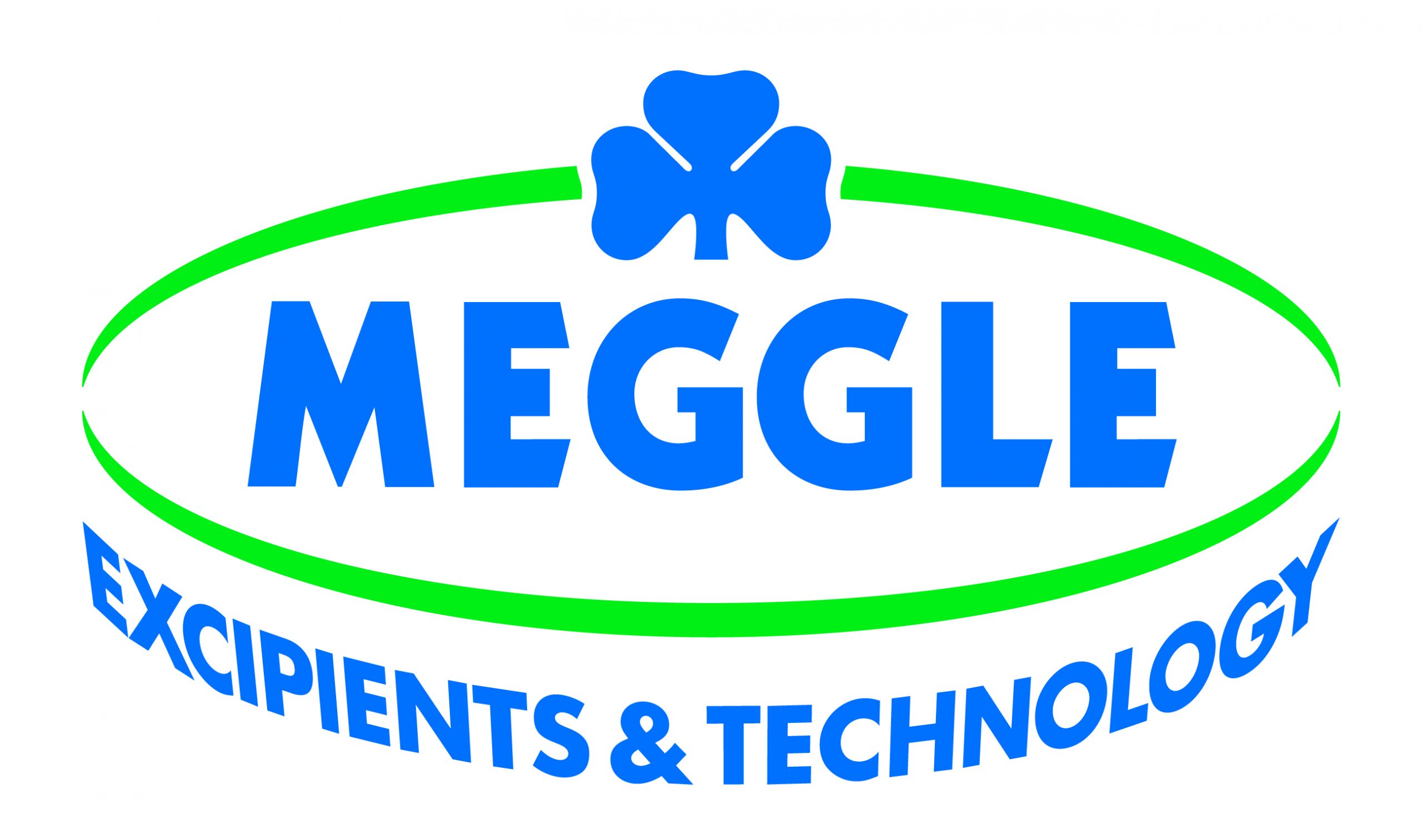 MEGGLE are specialists in processing lactose to produce pharmaceutical excipients (substances other than the active ingredient to be included in a drug delivery system).

The purpose of the excipient is to aid processing during manufacture, enhance stability or bioavailability, assist product identification or in some other way enhance overall safety and effectiveness of the product in storage or use.

Pharmeuropa defines a co-processed excipient as “any combination of two or more excipients obtained by physical co-processing that does not lead to the formation of covalent bonds.”

This means that co-processed excipients have functionalities that are not achievable through mere sample blending.

In all co-processed excipients, the combination of ingredients is designed to maximize performance and functionality.

Co-processed excipients can be produced using a variety of processes that include dispersion with high shear mixer, co-milling, homogenization, co-precipitation, co-crystallization, wet granulation, extrusion or hot melt extrusion and spray-drying.

MEGGLE offers five principal brands of co-processed excipients intended for direct compression (DC) tableting applications. All combine ingredients that are recognized under international pharmacopeias and well-established for use in the pharmaceutical industry.

StarLac®
StarLac® combines 85 % alpha-lactose monohydrate and 15 % maize starch (corn starch) as functional excipients used in oral solid dosage forms. To establish synergistic functional performance, such as enhanced compactibility and faster tablet disintegration, lactose and starch are co-spray-dried to form a monoparticulate system. StarLac® provides compaction and lubricant insensitivity characteristics desired for DC, and the hydration properties desired for rapid API release. Additionally, StarLac®’s flowability is superior compared to a physical blend of the individual components in equivalent ratio. This makes it an ideal co-processed excipient for DC tableting that can also be used across a range of dry granulation formulations.

CombiLac®
High-functionality CombiLac® is an integrated, co-processed ready-to-use excipient, specifically designed to ease oral solid dosage form development and manufacture by combining 70 % alpha-lactose monohydrate, 20 % microcrystalline cellulose (MCC) and 10 % white, native corn starch into a monoparticulate structure that is not separable by physical means. It is the co-processed excipient of choice for applications where robust, time saving development of frequently used formulation ingredients is the top priority, since the ternary combination reduces requirement for raw material testing during production. CombiLac® shows improved compaction properties compared to an equivalent admixture of individual ingredients, providing robust tablets with minimal friability and assuring rapid, hardness independent tablet disintegration for effective API release. It features the powder flow characteristics necessary to enhance dosage form weight uniformity and throughput in DC but may also be used in other formulation development approaches, such as dry granulation. In comparison to a physical admixture of individual components, CombiLac® provides enhanced compaction properties, as well as the flow performance necessary for increased production rates and decreased weight variation.

RetaLac® sustained release
RetaLac® is the first hypromellose/lactose-based, co-processed excipient specifically designed for DC and dry granulation of modified release formulations. RetaLac® is binary in composition but monoparticulate in structure, having hypromellose and lactose in each particle. It is characterized by superior functional performance such as improved flow and blendability. Additionally, the monoparticulate structure, gives RetaLac® both plastic and brittle fracture deformation characteristics, enhancing compactibility in DC compared to traditional wet granulated and physical admixtures of the parent ingredients.

API release is controlled predominately by diffusion through the hydrophilic matrix, and is most robust in the range of pH 1 to 7.4. For example, with Vitamin C in a sustained release formulation, use of RetaLac® makes it possible to achieve a simplified sustained release of Vitamin C in excess of 80 % after eight hours using DC, where compaction force of 200 MPa resulted in a tablet hardness of approximately 100 N with a corresponding friability of 0.5 %. To minimize development time, it is possible to predict API dissolution as a function of tablet geometry, aided by RetaLac®’s dramatic improvement in wettability compared to hydroxypropyl methylcellulose (HPMC) alone or traditional wet granulations and simple admixtures. 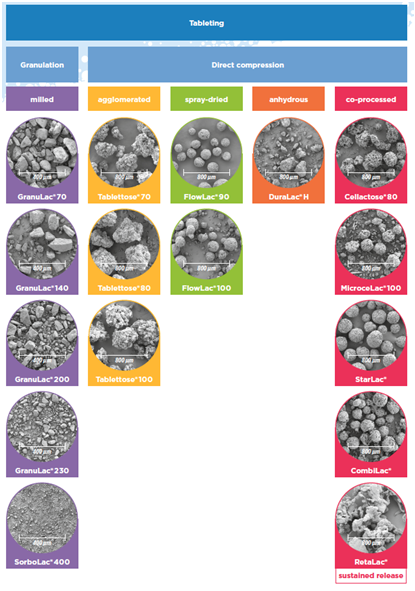