Wasserburg, Germany: – Pharmaceutical lactose specialist MEGGLE Excipients & Technology (MEGGLE) will return as an exhibitor to the CPhI Worldwide expo in Frankfurt with an expanded range of lactose-based pharmaceutical excipients.

MEGGLE is one of CPhI’s most established exhibitors, having attended every worldwide expo for more than 20 years, almost since the event was initially founded in 1991.

“Once again we will be taking advantage of this exhibition to reach out to our important existing and potential business partners and to present our product portfolio, now significantly enhanced with the addition of our latest product InhaLac® 500,” said Christoph Adler, Area Manager & Project Manager Marketing.

The experts of MEGGLE are looking forward welcome you on the MEGGLE stand 11.OF32.

The micronization process used for InhaLac® 500 produces very small particles, high cohesive properties and even distribution, with 90% of the particles being smaller than 10 μm.

InhaLac® 500 exhibits a similar size as active pharmaceutical ingredients (APIs). This makes it very versatile across a wide range of applications
In summary, InhaLac 500 offers a potent range of overall benefits:

Once again, MEGGLE’s stand will be instantly recognizable for its ‘moss-covered’ look, symbolizing the company’s core values of sustainability, tradition and innovation. As with the previous stand at CPhI 2016 in Barcelona, the stand will combine a showcase of the company’s product portfolio with a comfortable area to host face-to-face meetings.

MEGGLE is currently accepting bookings for meetings during CPhI Worldwide.

Now in its 28th year, CPhI 2017 is a three-day event opening October 24 at the Messe Frankfurt exhibition center. Last year’s event in Barcelona attracted some 42,000 delegates and more than 2,500 exhibitor companies from 155 countries worldwide.

CPhI Worldwide is held alongside four other zoned exhibitions; ICSE Outsourcing solutions, P-MEC Machinery and Equipment, InnoPack pharmaceutical packaging and a new addition, the FDF show for Finished Dosage & Formulations, bringing together every aspect of the finished dosage supply chain. 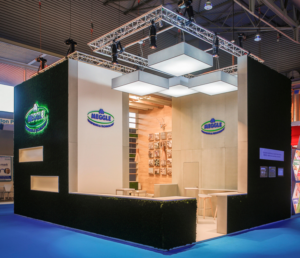 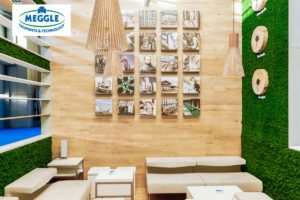