US and European Pharmacopeias define tests for the friability (ease of crumbling) and abrasion resistance of uncoated tablets that are important components of overall product quality and stability. These tests involve tumbling them in drum at specified speeds and over a defined number of revolutions, usually 100.

Friability defines a tablet’s vulnerabilities to chip, crumble or break as a result of compression or impact, typically during handling, packaging or transportation. The friability test apparatus is designed to simulate these forces.

Stresses placed on tablets can lead to chipping of weak edges and even to fracturing, capping or delamination. These weaknesses are indicators of manufacturing shortcomings such as poor tablet design, low moisture content, insufficient binder and over-lubrication.

The friability test is also an important safety consideration since loose high potency powders eroded from tablets could pose hazards during handling and transport. According to Friability Test USP <1216> and Ph. Eur. 2.9.7, a maximum mean weight loss of not more than one percent (1%) is considered acceptable for most products. Effervescent tablets and chewable tablets may have different specifications for friability.

Apart from mechanical shock, tablet friability also involves abrasion, defined as mass loss from powder erosion as the result of rubbing forces that can occur inside blister packs, for example, or as the result of tablets rubbing together in coater drums or during packaging, handling or shipping.

To provide a full picture of tablet strength and quality, a supplementary abrasion resistance test that subjects tablets to these rubbing forces are also sometimes recommended to meet extended industry requirements.

Charles Ischi offers the Lab.line AE Series testing instruments for tablet friability and tablet abrasion testing. These feature one or two testing stations (revolving drums) that can be equipped to test for wear due to rolling and falling and to test the abrasion resistance of tablets, tablet cores, granules etc.

·        AE-2 Abrasion & Friability Tester: features dual left and right mounted testing station that can mount both friability and abrasion test drums, contra rotating together to provide simultaneous abrasion and friability test for tablets, with combined results printed and recorded in data. AE-2 allows separate time, revolutions and speed settings to be applied to either drum.

The AE Series testers meet all the latest requirements of the European & US Pharmacopoeia, GMP and GLP and can be interconnected with weighing balance to allow automatic weight loss calculation and documentation generated at the AE-X tester.

Both instruments offer a choice of microprocessor-controlled operating modes that can be used singly or in combination, featuring preset times between one minute and 23 hours and 59 minutes, number of revolutions (up to 999,999) and rotational speed between 10 and 99 rpm. Units stop and empty automatically when preset time or number of revolutions has been reached.

These pre-selected settings can be passcode protected against unauthorized or accidental changes. 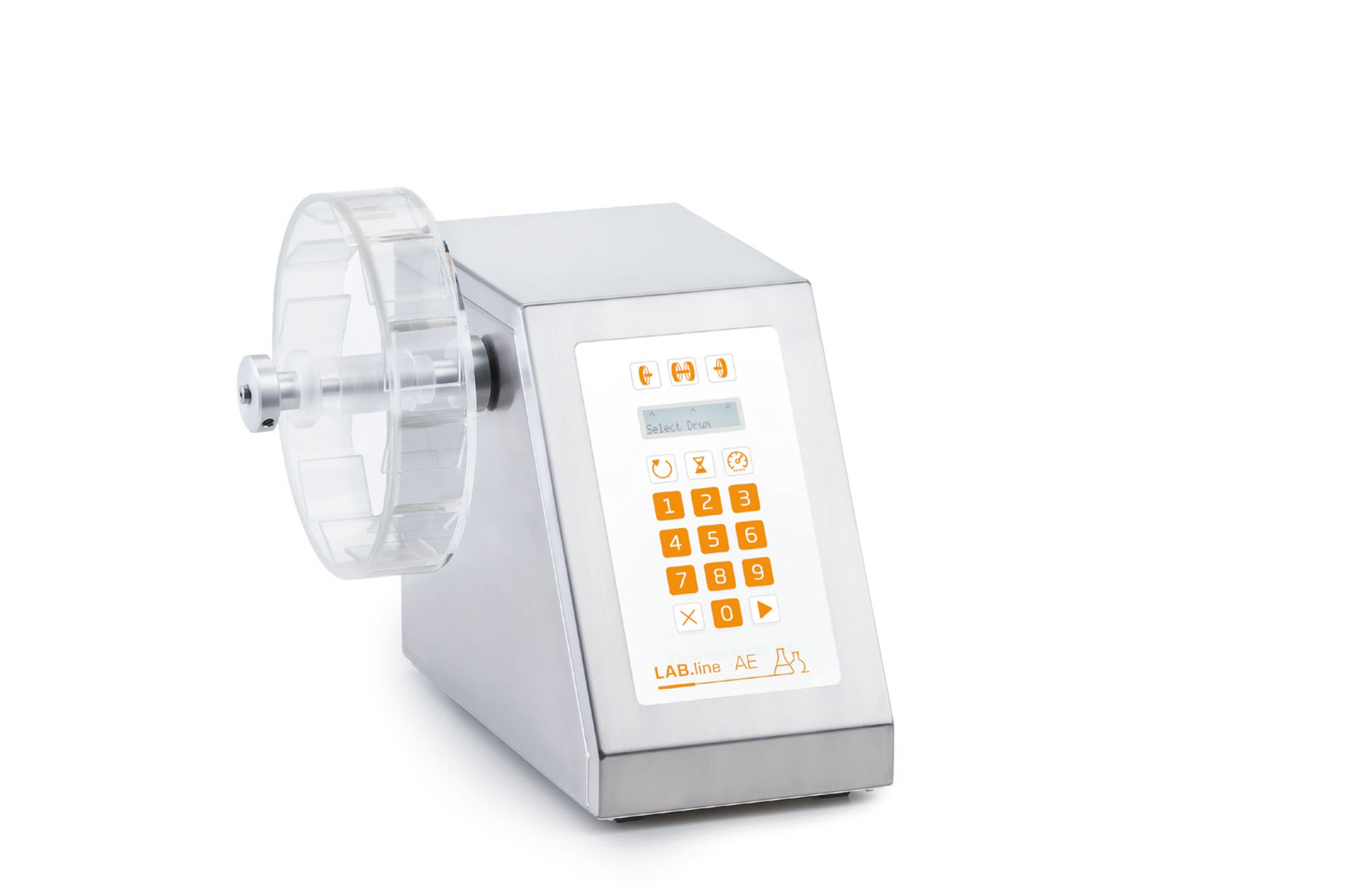 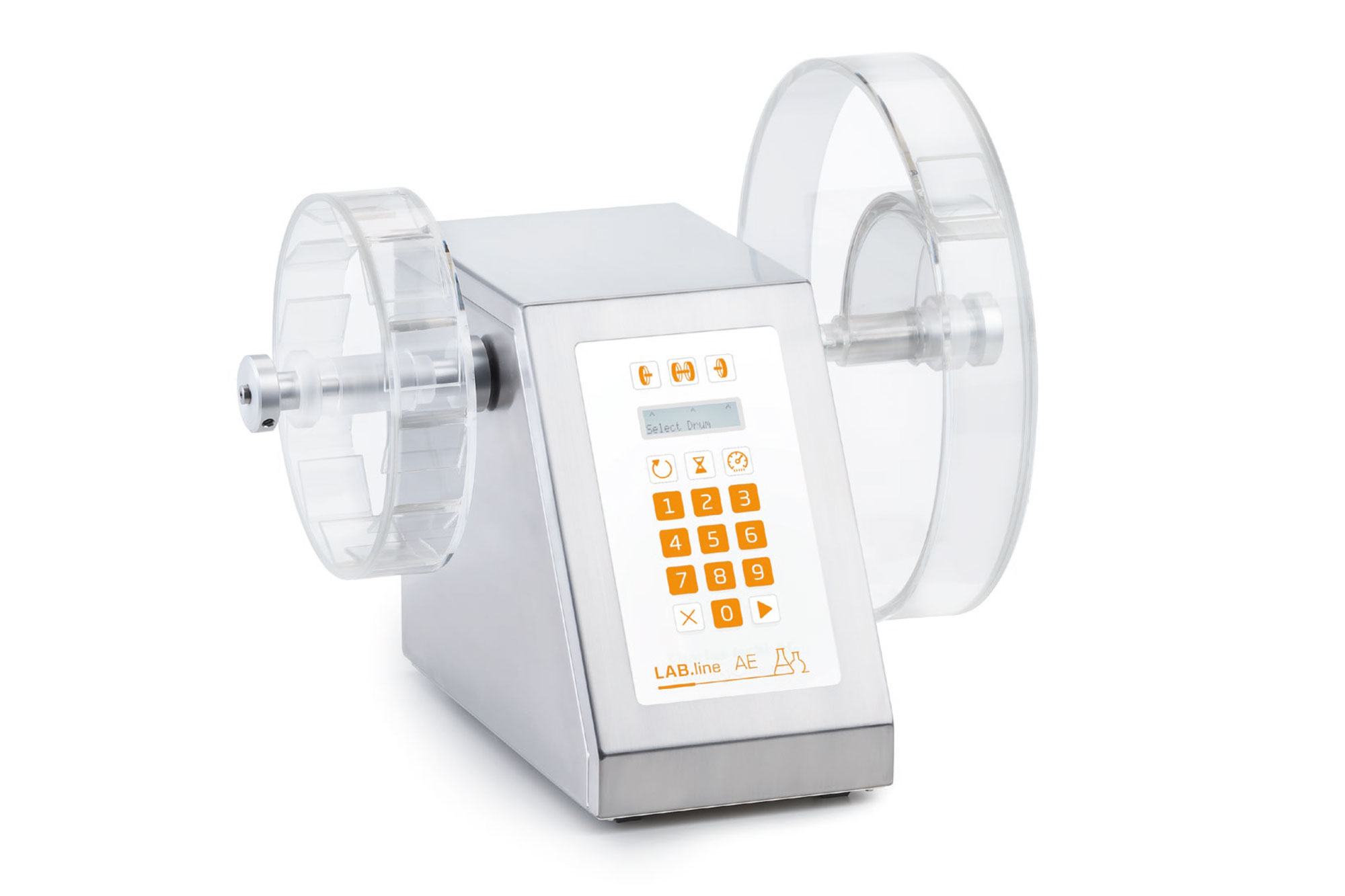 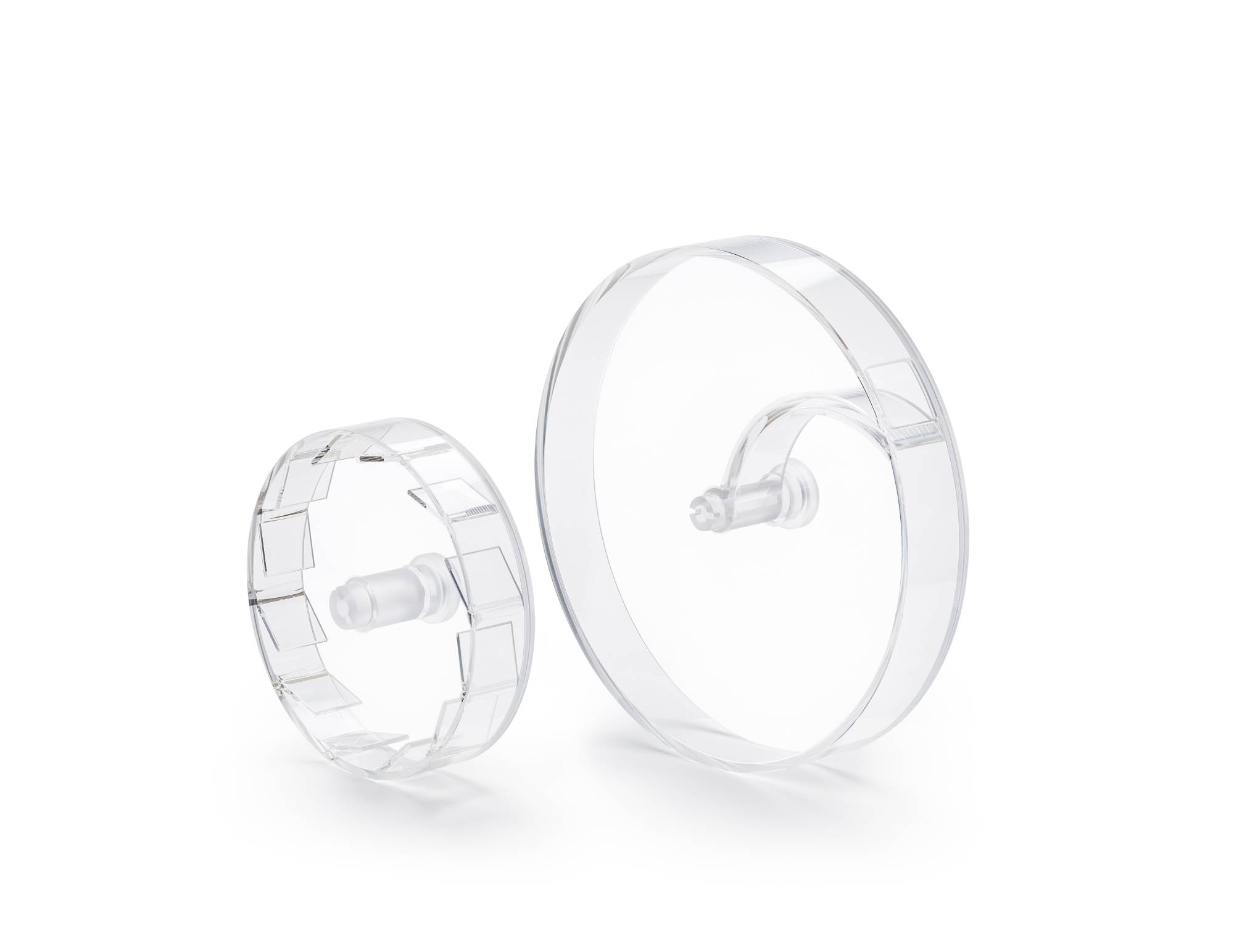