To get in touch with Bachem highlights Dye Labeled Peptides for Cancer Research, simply fill out the form below.

In a ‘Bachem Trends’ article posted on its website, company scientists identify an urgent need for more powerful tools to investigate, diagnose and treat cancers, which are an increasing cause of mortality and morbidity. World Health Organization figures indicate incidence of cancer increased from 12.7 to 14.1 million between 2008 and 2012, and suggest the number of cancer cases is expected to grow to almost 25 million over the next two decades.

These tools already include recombinant expressed fluorescent and bioluminescent reporters like green fluorescent proteins (GFP) and luciferases, but are being joined by synthetic molecular probes labeled with fluorescent dyes.

“These represent an invaluable technology for biochemical and cellular studies,” says Bachem, pointing out that this technology traditionally is applied in culture assays, cell imaging and tissue staining is now becoming applicable to in vivo studies, thanks to significant differences in the wavelengths of emission and excitation.

Whereas fluorescent dyes for in vitro applications typically work in the visible range (400 nm – 600 nm), fluorescent probes for in vivo studies commonly excite and emit in the near-infrared (NIR) range (700 nm -1000 nm) giving them much deeper tissue penetration, overcoming effects like autofluorescence and the high levels of endogenous absorbers such as hemoglobin, deoxyhemoglobin, water and lipids. These dye labeled molecules are also called near-infrared fluorescence (NIRF) imaging probes.

While protease inhibitors have so far failed as cancer drugs, advancing knowledge may make it possible to tackle cancers with the use of protease-activated prodrugs (PAPs). Dye labeled peptides thereby serve as substrates for assaying the activity of proteases associated with the development and progression of cancer. Examples include:

Bachem suggests that the use of labeled RGD-peptides could be particularly significant, pointing to their use in the development of the drug cilengitide, relying on a cyclic RGD peptide structure and recently tested for treatment of glioblastoma.

“The arginine-glycine-aspartic acid (RGD) sequence was discovered as a cell attachment site in fibronectin. Nowadays, RGD-peptides have become a popular tool for imaging αvβ3-integrin expressing tumor vasculature. Cyclization is commonly employed to improve their binding properties and stability”, says the article.

It points to the recent development of incorporating Bachem’s proprietary Tide Fluor™ dyes into cyclic RGD sequences. This group of dyes shows efficient excitation with light from common light sources and exhibits stronger fluorescence and significantly higher photo-stability, than most conventional or proprietary dyes.”

“There is an urgent demand for efficient and specific probes for imaging and assaying of molecules in cancer research. Fluorescence technology is applied in a broad range of fields, including culture assays, cell imaging, tissue staining, and in vivo studies. Dye labeled peptides as fluorescent substrates are particularly valuable tools for the investigation of protease activity, leading to the formation of tumors or progression of cancer, and hence may represent a key technology for the development of cancer drugs.”

It points out that numerous fluorescent peptide substrates are available as ready-made products, now including cyclic RGD peptides such as Tide Fluor™ labeled with particularly strong and stable dyes that absorb and emit light in the NIR range.

The Bachem Group is the world’s only full service provider of peptides and provides a full range of other services to the pharma and biotech industries.

Under its banner Pioneering Partner for Peptides, Bachem specializes in the development of innovative, efficient manufacturing processes and the reliable production of peptide-based active pharmaceutical ingredients (APIs). A comprehensive catalog of biochemicals and exclusive custom syntheses for research labs complete its service portfolio.

Headquartered in Switzerland with subsidiaries in Germany, the UK, and the USA, the group specializes in process development and the manufacture of peptides and complex organic molecules as APIs as well as innovative biochemicals for research.

Bachem prioritizes continuous investment in R&D on chemistries and technologies as crucial for future success. Its ever-increasing knowledge of complex proteins and peptides derives from ongoing research in proteomics, as well as progress in mass spectrometry, synthesis and ligation technologies, complemented by collaboration with external research institutions.

Bachem has six production sites in the U.S. and in Europe along with research level production and full cGMP manufacturing facilities on both continents. These provide capacity to produce APIs, key intermediates, small molecule generics, new chemical entities (NCEs) and finished dosage forms at preclinical, clinical and production scales. 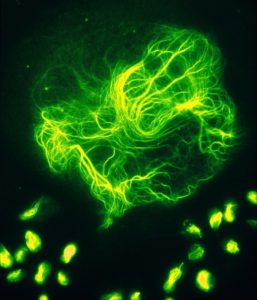