Bubendorf, Switzerland: – Bachem AG has succeeded in synthesizing Liraglutide, a so-called glucagon like peptide-1 (GLP-1) receptor agonist, to be used for the treatment of Type 2 diabetes mellitus (T2D) and obesity. Marketed as Victoza® and Saxenda® by Novo Nordisk, the drug is a peptide analog of the human GLP-1, a hormone with many functions in the human body.

Normally, the peptide hormone GLP-1 is formed in the intestine depending upon the presence of food there and it delays gastric emptying. Interestingly, GLP-1 is lower than normal in people with T2D. Depending on the concentration of glucose in the intestine, GLP-1 inhibits the release of glucagon from the pancreas and, together with glucose, promotes the release of insulin by binding to specific GLP1-receptors on the surface of the insulin-producing cells of the pancreas. The action of GLP-1 is quickly inactivated by the enzyme dipeptidyl-peptidase–IV (DPP-IV), a protease that splits and thereby inactivates peptides or proteins circulating in the human body. Thus, insulin release is regulated by GLP-1, DPP-IV and glucose. This mechanism ensures that the amount of insulin in circulation is not excessive and that hypoglycemia will not occur.

Liraglutide is a long-acting peptide analog of GLP-1, because of a better resistance to DDP-IV-mediated degradation due to the presence of a fatty acid side-chain. Compared to GLP-1 with a half-life of a few minutes1, this once-daily peptide analog given by injection under the skin offers a half-life prolonged to 13 hours2.

Liraglutide enables an efficient weight loss and glycemic management. For these effects, the drug was first approved by the FDA for the management of T2D in adults in 2010, then, in 2014, for the treatment of obesity in adults who have at least one weight-related condition, and later on, in 2019, also for the treatment of children 10 years or older with T2D.

Originally, liraglutide was produced at industrial scale by a genetically modified organism3. The fatty acid side chain was added synthetically during a second process. To have a more efficient, robust and direct manufacture for large scale production of liraglutide, the development of a full synthetic route represents a significant improvement. With its strong expertise in peptide synthesis, Bachem has developed methods to synthesize liraglutide chemically4. As part of its innovation strategy, Bachem also made further optimizations to obtain a product of better purity and with improved macroscopic properties.

The development of a synthetic process to produce liraglutide can present challenges because of its tendency to aggregate, leading to the formation of by-products5. To overcome these challenges and to collect in a convenient and efficient manner the product at the end, Bachem conducted optimizations during the synthesis and the precipitation steps. It is known that the use of at least one Fmoc pseudoproline dipeptide advantageously suppresses peptide aggregation and hence decreases the formation of by-products, the latter due to inefficient synthesis6. The company achieved an efficient and high quality synthesis of liraglutide by introducing pseudoproline moieties in the solid phase synthesis and by the development of an optimized method for precipitation.

Ensuring a high quality of liraglutide with synthetic process is essential. Bachem has the experience and commitment required for operational excellence. It understands that modifying the production process from a recombinant process to a synthetic process has consequences for the impurity profile of a peptide drug. The risk is that the potency and the chemical physical properties of the drug are altered7. Even small changes in the manufacturing process of the drug could substantially affect its chemical and physical stability, as well as its impurity profile. Therefore, the critical quality attributes of a biological drug that influences clinical safety and efficacy have to be assessed carefully. Thus, Bachem has established a thorough control and monitoring of the synthetic process to ensure the best quality.

ANDA for Liraglutide as generic

Liraglutide − as a highly purified synthetic peptide − is a Reference Listed Drug (RLD) Peptide, from the class of drugs or peptides of recombinant deoxyribonucleic acid (rDNA) origin that have already been approved by the FDA and to which new generic versions are compared to show that they are bioequivalent.

In the past, the FDA did not approve proposed generic drug application of synthetic peptides for RLD of rDNA origin, such as liraglutide. Similar to a change of process, whether synthetic or recombinant, a change of manufacturer in the production of these products could lead to the presence of new clinically unqualified impurities. Therefore, new clinical studies to ensure the sameness regarding safety and efficacy of the generic drug would be necessary.

In May 2021, the FDA has released its industry guidance on Abbreviated New Drug Application (ANDA) procedures for certain highly purified peptide drug products that refer to listed drugs of rDNA origin. ANDA is an application for an U.S. generic drug approval for an existing licensed medication or approved drug. Generic drug applications are called “abbreviated” because in general there are no new preclinical and clinical studies necessary to establish safety and effectiveness. Instead, a generic applicant must scientifically demonstrate that its product is bioequivalent to the bio-originator. This includes showing that the primary and secondary sequence of the new drug and the original one are identical and also that the oligomer and aggregation state are the same. Finally, the manufacturer has to show that the biological activity remains unchanged.

For all these analyses, Bachem offers a range of methods to provide substantial proof on the similarity of a generic drug.

Once approved, an applicant may manufacture and market the generic drug product to provide a safe, effective, lower cost alternative to the brand-name drug it references. The new ANDA guideline impacts the approval of generic drug products based on peptides of synthetic origin. It grants the possibility to register liraglutide as a generic, facilitating and accelerating the entry of market for new liraglutide generics.

At Bachem innovation and operational excellence are pillars of success. The new ANDA guideline opens new opportunities to offer synthetic peptide as generic API. The Bachem pipeline includes six peptide-based generic APIs including the GLP-1 analogues liraglutide, semaglutide and tirzepatide. With its capabilities to meet the new FDA guideline, Bachem is the leading manufacturer for synthetic peptide APIs, able to support its customers with its broad experience in regulatory affairs and project management.

Bachem is a leading, innovation-driven company specializing in the development and manufacture of peptides and oligonucleotides.

With 50 years of experience and expertise Bachem provides products for research, clinical development and commercial application to pharmaceutical and biotechnology companies worldwide and offers a comprehensive range of services.

Bachem operates internationally with headquarters in Switzerland and locations in Europe, the US and Asia.

The company is listed on the SIX Swiss Exchange. For further information, visit the Bachem website. 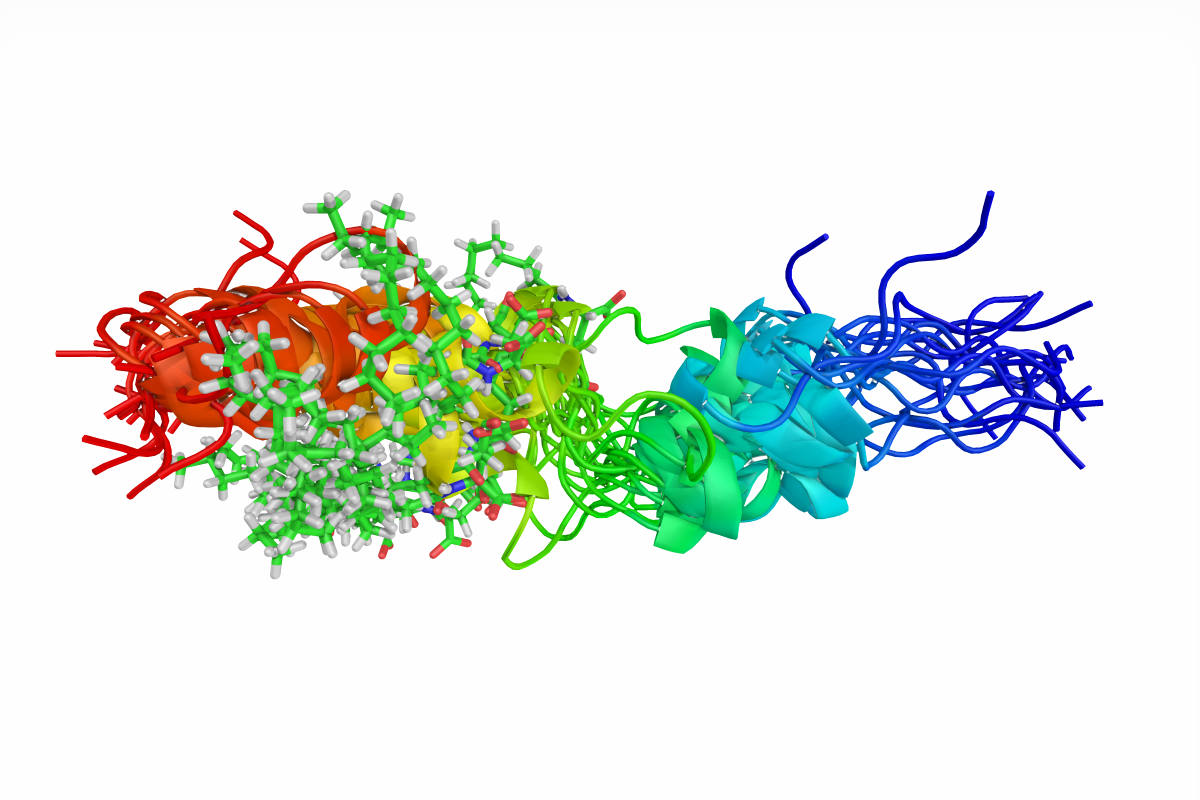 Structure of Liraglutide, the glucagon like peptide-1 (GLP-1) receptor agonist

Do it Right, by not Doing it Yourself… Wednesday 5th Jan 2022