The new QE Pro-Raman+ has elevated QE Pro performance to a higher level, with increased sensitivity and expanded spectral range, reaching even the most elusive Raman spectra in challenging applications.

The ability to capture sharp peaks from weak Raman signals makes QE Pro-Raman+ an excellent choice for a range of challenging applications that include:

The range of applications can be extended even further by taking advantage of Ocean Insight’s potent combination of spectroscopy hardware, technical expertise and algorithm development. Used in combination, these tools can meet extraordinary challenges.

Qualifying the Performance of the QE Pro-Raman+ Spectrometer

Ocean Insight has quantified key performance improvements in the QE Pro-Raman+, compared it to the previous version of the spectrometer, over a series of Raman measurements, using a setup that included a 785 nm Raman excitation laser and general-purpose probe, and OceanView spectroscopy software (see Illustration).

Measurements of a series of organic acetone, isopropanol and methanol solvents with strong and repeatable Raman scattering characteristics were used to compare system performance parameters. These tests were performed in OceanView software, applying a 1 second integration time and a single scan to average. The built-in CleanPeaks algorithm was applied to flatten the baseline of the resulting spectra.

Further measurements used six QE Pro-Raman+ spectrometers to measure a sample of cyclohexane at integration time of 1 second, with all other system components remaining the same. The measurements returned a set of almost identical unit-to-unit sensitivities, underlining the manufacturing consistency that has helped make the QE Pro platform a popular choice with Ocean’s solutions partners.

A third test aimed to add some application context, harnessing Ocean Insight’s impressive portfolio of SERS substrates and chemistries. A SERS gold nanoparticle colloid was used in combination with the QE Pro-Raman+ to detect trace amounts of the fungicide thiram (tetramethyl thiuram disulfide).

A concentration of 40 uL of 1 ppm thiram to 1 mL liquid SERS was used, guided by tolerances established by the U.S. Code of Federal Regulations for permitted levels of thiram on fruit, ranging from 0.8 ppm on bananas to 7.0 ppm on apples, peaches or strawberries.

Resulting SERS spectra (Figure 1) clearly demonstrated that thiram at 1 ppm concentration was well within detection limits and that limits of detection would be significantly lower for QE Pro-Raman+ than for its predecessor.

In summary, the tests clearly and consistently demonstrated the increased sensitivity of the QE Pro-Raman+ spectrometer, relative to earlier configurations.  The importance of increased sensitivity was evident in LOD (limits of detection) studies, since the signal will remain detectable over the noise floor at ever diminished concentrations.

Click on Qualifying the performance of the QE Pro-Raman Spectrometer for details on measurement tests. 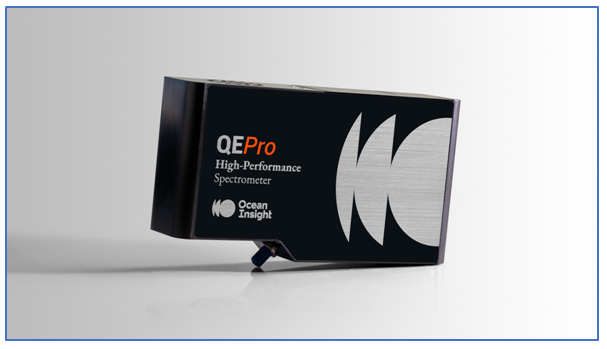 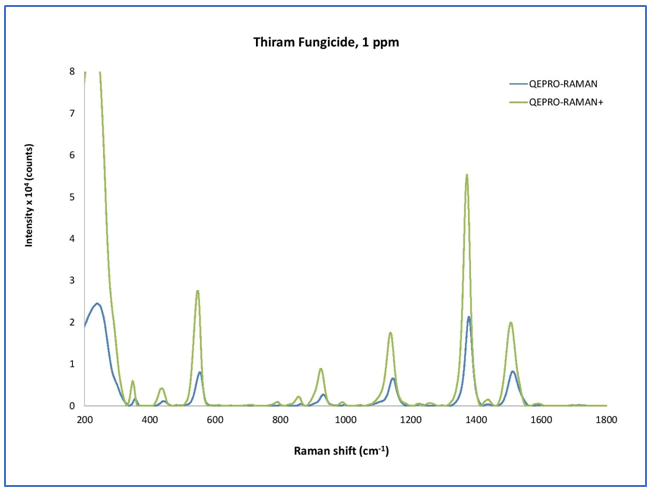 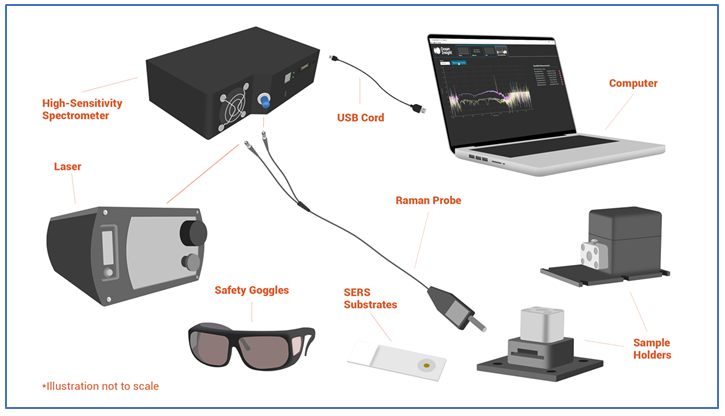