To get in touch with Phage Consultants joins Phagovet EU poultry project, simply fill out the form below.

Faced with rising industry losses to bacterial infections along with increasing antibiotic resistance, Phagovet proposes a cost-effective alternative combining a biocide with two technological food additive products based on selected bacteriophages to kill the target bacteria.

Phagovet will be the first phage-based solution to naturally and effectively control both bacteria in poultry production while avoiding side effects and residues associated to antibiotic use. It hopes to reduce Salmonella infections by 20% and halve the use of antibiotics against E. coli.

Phagovet is the second EU project in which Phage Consultants has participated. The Gdansk-based laboratory became the first Polish company to receive a Fast Track to Innovation project, underlining its status as a leader in phage technology development and in phage production.

“Our participation in this highly important consortium project underlines the degree to which Phage Consultants has become an internationally recognized capable and reliable partner with high innovation potential and leading phage production capacities.”

“The Phagovet project also emphasizes the degree to which bacteriophage technology forms a central part of the increasing effort to combat antibiotic resistance and overuse. Combined with the ever-increasing need to fight contaminations in biotech processes, it all means that phage expertise and production are becoming highly valued,” said Dr. Los.

Phage Consultants is a contract research and manufacturing organization that specializes in bacteriophage detection and characterization and production.

Bacteriophages (phages) are viruses that infect bacteria. First discovered around 1915, phages play an important role in viral biology, used to elucidate DNA viral reproduction through lytic and lysogenic cycles. They have been used for almost a century as alternatives to antibiotics and can have therapeutic effect against multi-drug-resistant strains of many bacteria.

Founded in Gdansk, Poland, in 2007, PC have become world leaders in using the power of bacteriophage technology in bioprocess infection and contamination control and assisting companies whose production is based on microbial activities in preventing bacteriophage contamination, along with bacterial, fungal and viral contaminations.

Phage Consultants are also specialists in the field of bacteriophage biology with specific expertise on phage activity in bioprocessing. Its team provides unique assistance to pharmaceutical and biotech companies, offering a range of services from personal training to consulting and process optimization in phage growth limitation. The company also advises and assists clients in the development of new production facilities.

The Phagovet project is devised to satisfy market demand for a more secure and reliable solution to control Salmonella and E. coli infections in poultry farms. The project, commenced in November 2018, has an overall budget of close to €3.3 m, of which more than €2.6m is provided from EU funding. The project involves partners in Portugal, Spain, Belgium and Poland.

To date, avian colibacillosis and salmonellosis are considered the main bacterial infections in the poultry sector having an important economic impact worldwide. EFSA estimates the overall economic burden of human salmonellosis at €3bn annually. Furthermore, the overuse of antibiotic in farming has caused rising antimicrobial resistance. More than 700,000 people die annually from drug resistant infections and it is estimated that this number will rise to 10 million by 2050.

In response to these emerging needs, Phagovet proposes a cost-effective alternative to antibiotics against Salmonella and E. coli. Phagovet consists of a biocide and two technological food additive products based on selected bacteriophages able to kill the target bacteria. Phagovet will be the first phage-based solution to naturally and effectively control bacteria in poultry production while avoiding side effects and residues associated with antibiotic use. It aims to reduce Salmonella infections by 20% and reduce the use of antibiotics on E. coli by 50%.

Thus, Phagovet provides a promising effective control measure for a concerning problem for poultry farmers and for human health. The successful market launch of Phagovet will enable members of the Consortium to consolidate their position in the Animal Health, Food Safety and Environmental Control markets and commercialize the product worldwide, reaching €17.76M profit at the end of 2026. 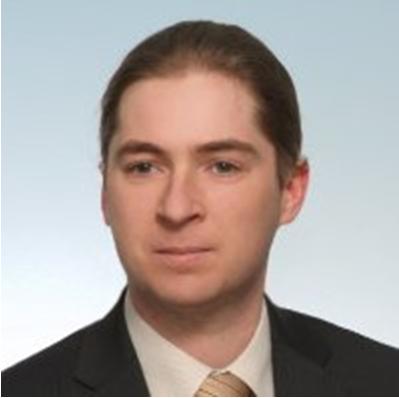