Phage Consultants (PC) provides some of the world’s most expert testing services to detect bacteriophage and prophage presence across a wide spectrum of bacterial hosts.

The company was created to help clients whose production is based on bacterial activities in order to combat bacteriophage infection but also studies phages’ considerable potential to assist medical therapies, particularly in the field of antibiotic resistance.

PC has now prepared a guide to this complex and fascinating world of bacteriophages to help define phages and their possibilities.

Bacteriophages, informally known as ‘phages’, are ubiquitous viruses that are found wherever bacteria exist and the most common and diverse entities in the biosphere with an estimated 1031 bacteriophages on Earth – more than the combined total for every other organism, including bacteria.

The term literally means ‘devourer of bacteria’ in reference to their essential mechanism of replicating within bacteria and archaea to subvert or destroy them.

A phage is composed of proteins that encapsulate a DNA or RNA genome, and may have genomic structures encoding as few as four genes, such as the MS2 bacteriophage, up to hundreds of genes. Phages replicate using their ‘alien’ like structure to land on the surface of the bacterium, and inject their genome into the cytoplasm of the bacterium.

A short history of phage research

The existence of bacteriophages has only been known for more than a century, since 1896, when British scientist Ernest Hanbury Hankin reported that something in the waters of the Ganges and Yamuna rivers in India had a marked antibacterial action against cholera and could pass through a very fine porcelain filter.

Formal discovery came during World War 1, when British bacteriologist Frederick Twort discovered in 1915 a small agent that infected and killed bacteria, which he suggested might be a virus that grew on the bacteria and destroyed them, while French-Canadian microbiologist Félix d’Hérelle, working independently at the Pasteur Institute in Paris, announced in September 1917 that he had discovered “an invisible, antagonistic microbe… a virus parasitic on bacteria”, giving it the name bacteriophage.

D’Hérelle observed the case of a dysentery patient cured by administering a ‘phage cocktail’ and thus introduced the concept of phage therapy. This cause was taken up particularly enthusiastically in the Soviet Union and Eastern Europe following WW1, with Giorgi Eliava joining d’Hérelle to carry out pioneering work in the Republic of Georgia during the 1920s and 1930s in using phages to treat bacterial infections, leading on to further studies all the way through the 1950s and 1960s.

However, this work was not echoed in the West, principally because of geopolitical tensions and also because the discovery of penicillin and the consequent antibiotics revolution seemed to make phage therapy irrelevant.

Increasing focus on genomics and viruses from the 1960s made the study of phages more relevant and in 1969, Max Delbrück, Alfred Hershey, and Salvador Luria were awarded the Nobel Prize in Physiology or Medicine for their discoveries of the replication of viruses and their genetic structures, in which bacteriophages were involved.

Increased understanding of the genetic interactions between phages and proteins led on to the evolution of the phage display technique, first described in 1985 George P. Smith in 1985, in which filamentous and other phages are used to connect proteins with the genetic information that encodes them, by causing the phage to “display” a protein of interest outside while containing the gene for the protein inside. These displaying phages can then be screened against other proteins, peptides or DNA sequences, allowing large protein and peptide libraries to be assembled through in vitro selection and ‘panning’ techniques.

The International Committee on Taxonomy of Viruses (ICTV) classifies bacteriophages according to their morphology and nucleic acid. The principal categories include: 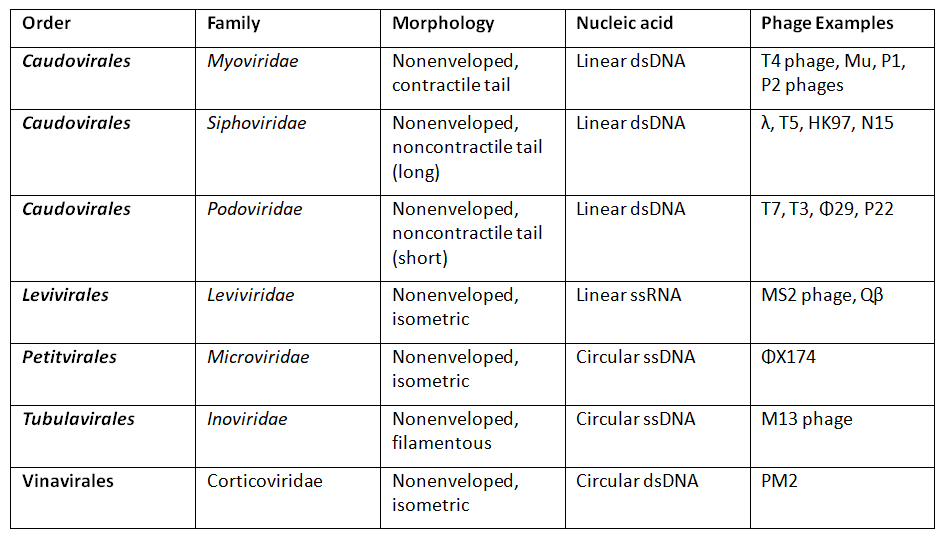 Bacteriophages have three distinct lifecycle models or mechanisms of action: 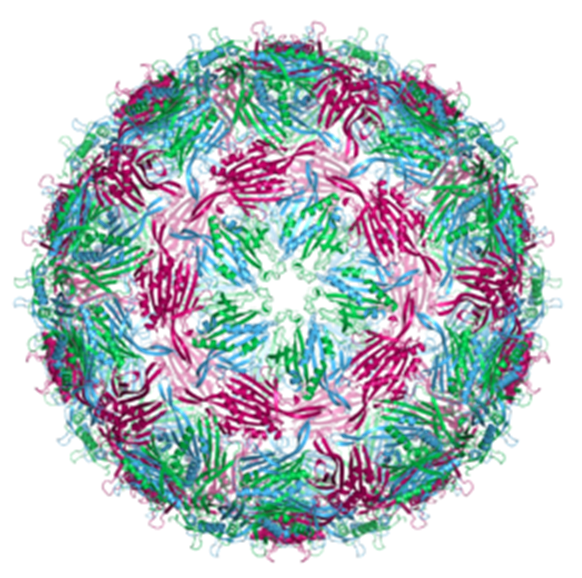 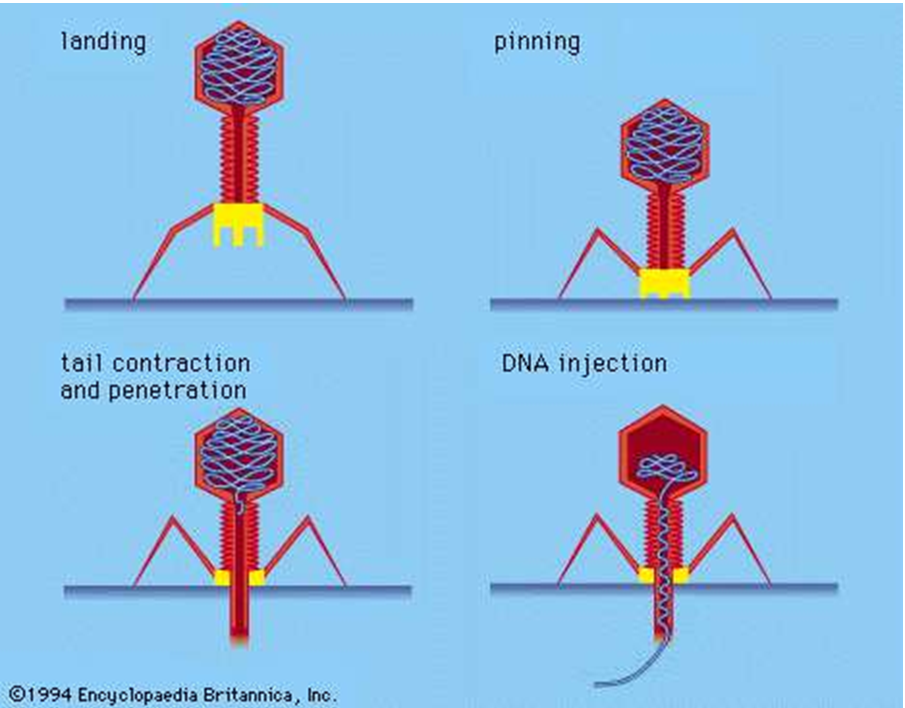