MEGGLE to feature in ‘virtual tour’ of CPhI China in Shanghai

MEGGLE to feature in ‘virtual tour’ of CPhI China in Shanghai

Wasserburg, Germany: – Pharmaceutical lactose specialist MEGGLE Excipients &Technology (MEGGLE) will return as an exhibitor to the huge CPhI China expo in Shanghai to showcase its innovative range of lactose-based pharmaceutical agents and excipients to a fast-growing Asian market.

Organisers UBM Live have selected the MEGGLE stand as one of the highlights of their featured ‘CPhI China New Exhibitors in Excipients Zone Discovery Tour’. This will also include a virtual reality dimension, with VR images of the stand posted to the CPhI website. This will allow a worldwide audience to ‘visit’ the MEGGLE display online.

The MEGGLE team led by Dr. Yi Kang, Dr. Xiaolong Chen, Fisher Yu, Raymond Huang and Sophia Yao from the Shanghai Representative Office will be showcasing the wide range of their lactose-based products and co-processed excipients including the ground-breaking Tablettose® and FlowLac® spray-dried alpha-lactose monohydrates, both of which have helped revolutionize direct compression tableting.

MEGGLE will also show Cellactose®, GranuLac® and the InhaLac® inhalation lactose, now strengthened by the addition of micronized InhaLac® 500.

“We are delighted to be returning to Shanghai as an exhibitor and proud to have our display selected to feature as a stop on the New Exhibitors Tour of the Excipients Zone,” said Dr. Yi Kang.

“CPhI China has become a key exhibition for pharmaceutical companies in China and also worldwide and therefore provides a key platform to reach our growing Asian market,” said Dr. Yi.

Bavarian-based MEGGLE Wasserburg is one of the world’s foremost experts in lactose and its applications in pharmaceuticals.

A multidisciplinary team of committed and highly qualified people allows MEGGLE clients to benefit from pioneering experience and innovative drive in industrial milk and whey processing. The company constantly strives to develop high-tech, functional products for implementation in customer applications, where they can deliver maximum performance.

The company has introduced several pioneering products, notably Tablettose®, the world’s first agglomerated lactose for direct tableting, Cellactose® 80, a pioneering co-processed excipient based on cellulose-lactose for outstanding compression and flow properties and RetaLac®, the first co-processed excipient to use a hypromellose-lactose base for extended release formulations.

In 2005, MEGGLE opened its FormulaB Centre of Excellence in Odessa, Ukraine, to develop pharmaceutical compounds and manufacture clinical trial materials.

Since Y2000, CPhI China has established itself as the leading pharma industry business and sourcing event for Eastern Asia, reflecting the huge growth of the Chinese pharma market.

CPhI China is co-located with five other pharma industry events, P-Mec for machinery and equipment, ICSE for outsourcing solutions BioPh for biotech solution, InnoPack for Drug Packaging and Delivery Technology and LABWorld for laboratory equipment. Together, the shows bring together more than 2,800 suppliers and are likely to attract some 40,000 visitors from more than 100 countries. 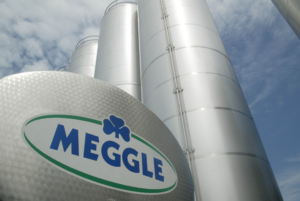 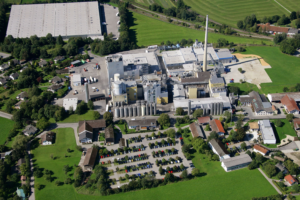