To get in touch with Neyret Group, simply fill out the form below.

Subscribe to receive the latest updates from Neyret Group 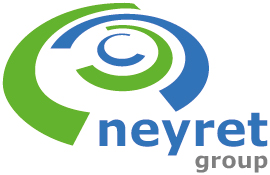 The Neyret Group comprises two manufacturing companies, each of them expert in different but complementary branches of complex, automated assembly processes.

The term kinematics, from ancient Greek kinêtikos, the “geometry of motion”, is used in astrophysics to describe the motion of celestial bodies and collections of such bodies that are in constant movement while remaining in fixed overall relationships with each other, such that their trajectories can be plotted and predicted. Similarly, in mechanical engineering, robotics, and biomechanics, kinematics is used to describe the motion of systems composed of joined parts (multi-link systems) such as a reciprocating engine, robotic arm or the human arm or leg.

Geometric transformations, also called rigid transformations, are used to describe the movement of components in a mechanical system, simplifying the derivation of the equations of motion. They are also central to the dynamic analysis required to engineer continuous motion assembly systems where all the basic components and the overall assembly will be in constant motion.

Kinematic analysis, measuring the kinematic quantities used to describe motion, is applied to determine the range of movement for each part of the assembly and, working backwards, to use  kinematic synthesis to design the mechanism that produces that desired trajectory or range of motion. Thus, each process of a machine is subjected to a study of cycle diagrams involving positions and actioners in function of the time, in order to predict and synchronize all the motions to reach a perfect assembly.

A continuous motion machine gains speed by not keeping parts stationary while being processed at indexed process stations or by indexing parts from station to station. Rather, parts are assembled in one continuous fluid motion in which the tools move in synchronicity with the components.

All this requires highly complex tooling and very precise set up, which means continuous motion assembly machines are best utilized for discrete sub-assemblies or dedicated products with volume manufacture run over extended periods.

This high-speed automation machine never loses control, being capable of performing multiple tasks simultaneously on components that are introduced continuously kept in fixed kinematic relationships with each other and the tooling.

Output can reach 1200 parts per minute (ppm) depending on the complexity of the part and includes all sort of process operations such as crimping, clipping, gluing, laser and inkjet printing, labelling, siliconizing as well as checking tests such as presence, orientation, height, flow and pressure tests measures, and all sorts of vision inspection.

Lagniel high speed assembly machines can also perform ultrasonic welding on components and assemblies while in continuous motion, the only assembly machine manufacturer in the world to achieve this feat.

Another distinctive feature of Lagniel machines is that they  are engineered to keep both the overall number and variety of moving parts to a minimum to reduce loads on both maintenance operations and spare parts inventory.

A further advantage of continuous motion assembly solutions is that for any given rate of output, they tend to have a smaller footprint than other assembly platforms, which is a crucial consideration in GMP pharmaceutical and medical device applications where manufacture has to be performed under sterile clean room conditions. 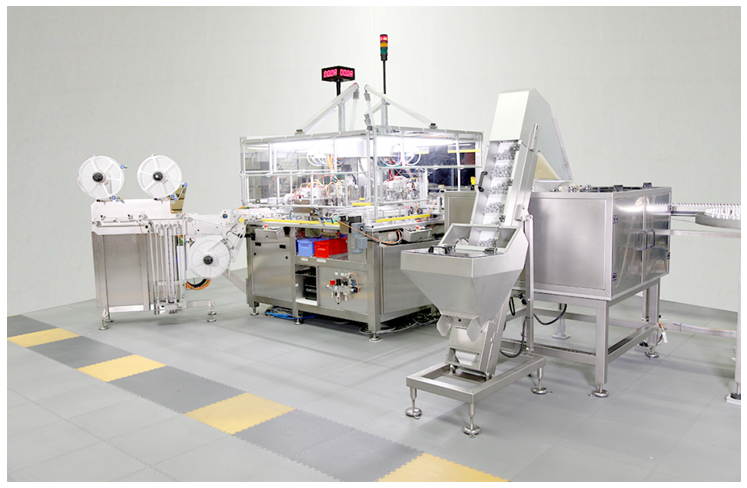 A Neyret Group continuous motion assembly system can be installed on a compact footprint, ideal for sterile cleanroom pharmaceutical applications

Simply fill out the form below to contact Neyret Group now.