Phage Consultants (PC) is a leading force in the highly specialized field of bacteriophage testing and characterization.

The company was created to provide phage consulting services to clients whose production is based on bacterial activities in order to combat phage infection, and PC is an international leader in characterization of both known and novel bacteriophages used in research or found during client sample testing.

Given the ubiquity of bacteriophages (‘phages’) in the microbiome – with an estimated 1031 bacteriophages on Earth, more than all other organisms combined – it might be thought that producing them should be easy.

However, this is not so. The technological challenge is to produce pure batches of only a defined type of phage, out of the many families, orders (Caudovirales, Levivirales, Petitvirales, Tubulavirales and Vinavirales), and specific types so far classified by The International Committee on Taxonomy of Viruses (ICTV) according to their morphology and nucleic acid.

Phage Consultants’ phage production and characterization services are distinguished from those of other bacteriophage companies by extensive and in-depth knowledge, much based on original research by PC scientists. The company has provided advanced insights into the requirements for phage growth to high titers, guaranteeing that the isolated phages will be of highest purity to accommodate a range of stringent characterization tests.

Phage Consultants also possesses in-depth knowledge of the techniques and controls required in cultivation of bacteriophages to avoid phage cross-contamination, and knows how to obtain the highest amount of bacteriophages in a single fermentation.

Apart from phage production for phage characterization purposes, PC accepts orders for production of clients’ bacteriophages with defined quantities and concentrations of phages in desired bacteriophage culture volumes, with guaranteed phage titer. All deliveries are confirmed by a bacteriophage lab report. 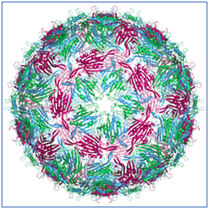