Transduction with lentivirus and adenovirus

Transduction of virus particles to deliver genes to a cell is inherently a highly efficient wa  to genetically modify mammalian or human tissue. However, in some circumstances transduction needs to be optimized to overcome specific limitations.

The first is through use of transduction enhancers – reagents added to the transduction medium to increase success rates.

The cationic polymer polybrene can be used independent of receptor biologies to improve the general physicochemical interactions taking place between cell membrane and virion during transduction. Small polybrene/lentivirus concentrations have been shown to yield 10-fold increases in transduction as well as significant increase in virus adsorption rates on murine fibroblasts, independent of receptor and envelope properties.

Different cell types exhibit varying susceptibilities to virus particles. Often, small changes to an existing lentiviral transduction protocol, such as increasing viral load or incubation time can have a significant effect. Added steps can further help maximize the impact. A study has found that integrating a centrifugation step into lentiviral transduction can almost double the proportion of transduction-positive SUDHL-1 cells to more than 80% (Anastasov et al, 2016).

As the technology expert and service provider for vector customization, SIRION Biotech has collected and optimized transduction protocols for more than 150 pairings between cell types and viruses.

In the demonstration above, LentiBOOST™ increases transduction by a factor of 5. 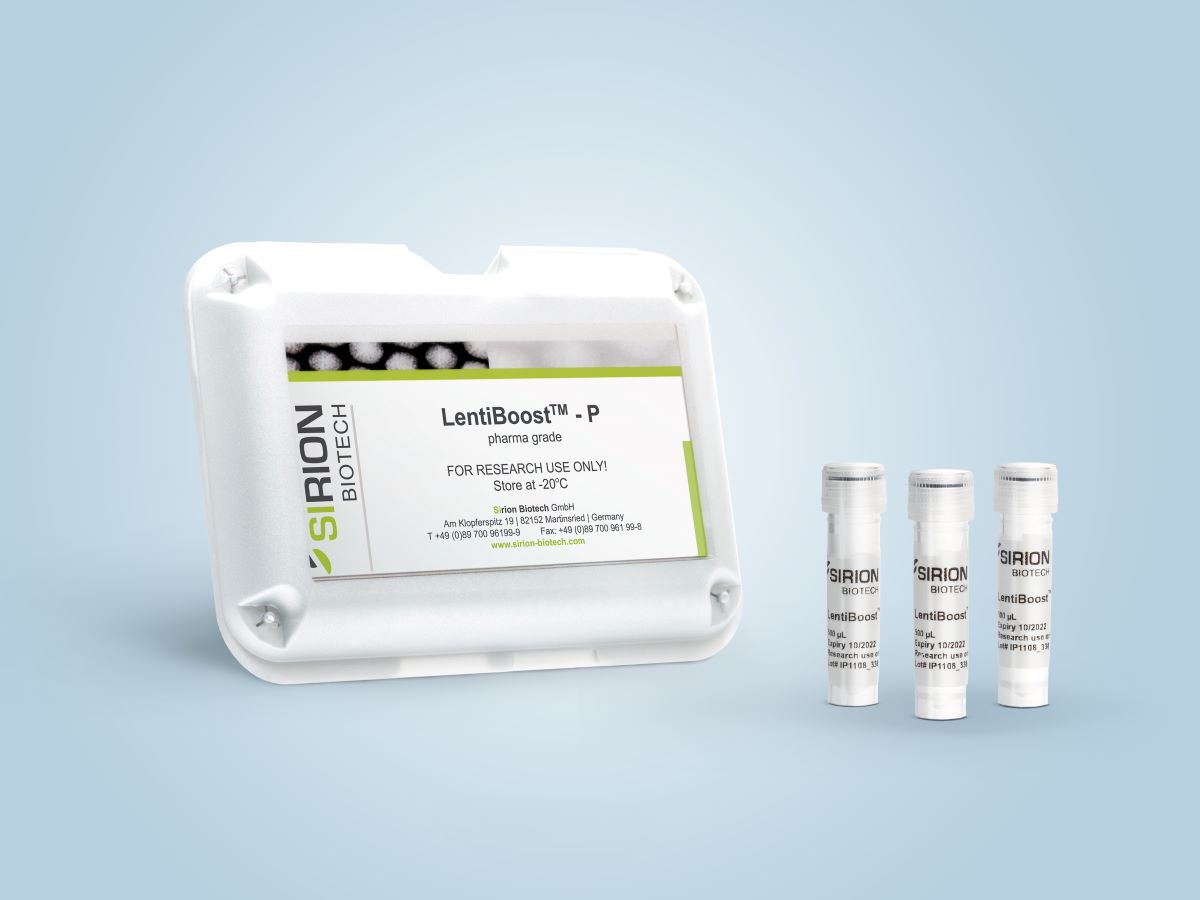