To get in touch with Microplastic in Water Occurrence, Risks and Removal, simply fill out the form below.

Dr. Marius Roos-Majewsky is a scientist who has been active in the fields of water chemistry and water quality for more than a decade. His key topics include analytical chemistry, environmental management and engineering as well as ecotoxicology. He is author of numerous scientific publications and commentaries. Dr. Roos-Majewsky is currently working at BASF SE in Environmental Fate and was previously at University Hospital Heidelberg and the Karlsruhe Institute of Technology (KIT). 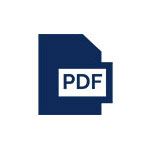 Simply fill out the form below to contact EnviroChemie GmbH now.