Evercyte offers cells and services for projects involving extracellular vesicles (EVs) / exosomes that play an important role in cellular communication, due to their capacity to transport proteins, lipids as well as nucleic acids.

Specifically, extracellular vesicles secreted from human stem cells appear to be as effective as transplanted cells in various disease models.

What are extracellular vesicles?

They can contain a vast array of different proteins depending on their host cell, further modulated by cellular states such as stress, activation, or inhibition of specific signaling pathways. The most common canonical marker proteins are tetraspanins like CD9, CD63 and CD81, present on the vesicle surface.

Extracellular vesicles have become focuses in research for their role in intercellular transmission of macromolecules and in the spread of proteins, lipids, mRNA, miRNA and DNA as contributing factors in several diseases. Further, because they are composed of cell membranes and thus better tolerated by host, they seem to form useful vectors for drugs.

One of the most interesting group of extracellular vesicles is related to Mesenchymal stem cells (MSCs), the multipotent stromal cells that are found in various parts of the human body and which play important roles in maintaining tissue homeostasis and function. Several studies suggest that MSCs secrete extracellular vesicles that perform as mediators in the tumor niche and play several roles in tumorigenesis, angiogenesis, and metastasis. Other studies suggest tumor-suppressing effects of MSC-derived exosomes.

MSCs are a particular focus for research as they show a high degree of differentiation and exert immune modulatory properties through direct cell-cell contacts as well as secreting soluble factors, migrating towards sites of injury. Thus, MSCs carry an enormous therapeutic potential in developing novel clinical applications and EVs secreted from MSCs have been shown to exert immunomodulatory properties and anti-inflammatory or angiogenic properties Therefore, EVs could substitute for using cells in the therapy of various diseases, from graft versus host disease to autoimmune diseases.

EVs defy imaging by conventional methods, being released only sporadically and too small to be seen by fluorescence microscopy. It is possible to see EV release occurring in cell cultures using electron microscopy but the main method of isolation is to pool exosomes from cellular supernatant or animal fluids, using differential centrifugation or tangential flow filtration.

Research applications include gaining new insights into the role of EVs in inflammation and wound healing, testing their potential of EVs in influencing the immune response, analysis of EV cargo and targeting and generation of recombinant EVs for purposes such as drug targeting

Exosomes from iPSC-derivatives are indicated to have therapeutic potential in the treatment of Cardiovascular disease (CVD), for example, with the emergence of iPSC)s and iPSC-derived cardiomyocytes (iCMs) presenting apparent opportunities to replenish the heart’s functional cells.

Research applications include establishment of cell models across a broad panel of human diseases and development of differentiation protocols. 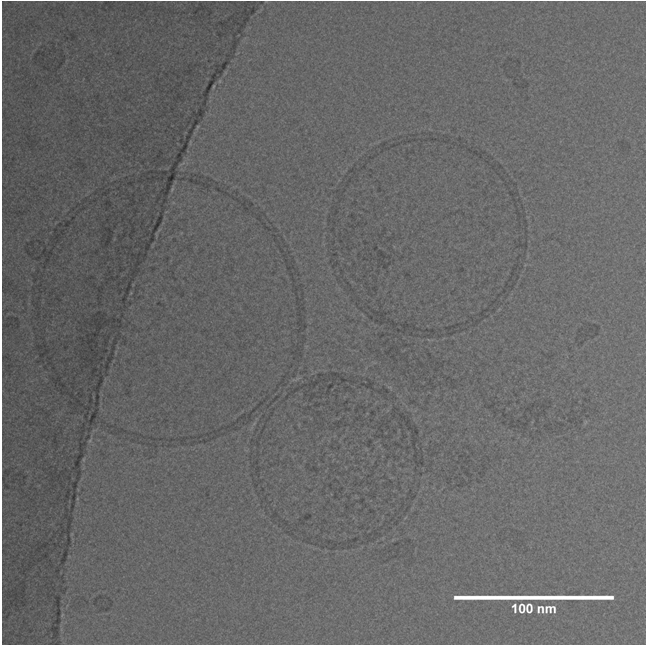