Evercyte is expert in developing highly differentiated human cell lines that can be used as production platforms for therapeutically useful extracellular vesicles (EVs) or exosomes, as well as recombinant proteins and vaccines.

EVs and exosomes are particularly able to transport proteins, lipids, and nucleic acids between cells in the human body and have therefore gained ever increasing importance in the fields of regenerative medicine, anti-tumor therapy or immunotherapy.

EVs also exert immunomodulatory pressures depending on progenitor cell and application. The immunostimulatory properties of EVs have led to development of EV vaccine platforms against both infectious agents and tumors, while the immunosuppressive property of certain EVs could alleviate immune diseases such as graft-versus-host disease (GVHD).

Highly differentiated cells are of ever-increasing importance as in vitro test systems in various fields of biomedicine, toxicology and biotechnology. Additionally, human derived cells have a high potential as innovative production hosts for biopharmaceuticals and secreted vesicles for clinical applications.

However, currently used human derived cells show significant disadvantages. Although normal human cells are characterized by a phenotype similar to the corresponding cells in vivo, cellular proliferation is limited by replicative senescence so that donors have to be repeatedly exchanged. With each different donor the bioassays as well as the production processes have to be re-evaluated and re-adjusted. On the other hand, tumor cells have lost many cell- type specific functions in favor of continuous growth.

Evercyte circumvents these limitations by focusing on establishing continuously growing human cell lines by reactivation of telomerase that thereby provides cells with highest similarities to primary cells in function and behavior. Bioassays established with such cells are relevant and standardizable, producing molecules with high potential as novel therapeutics.

EVs, particularly those derived from mesenchymal stem/stromal cells (MSCs), have been shown to have intrinsic therapeutic properties for applications as diverse as wound healing, inflammation, hypertension, cardiovascular disease, brain injury, and cancers. Furthermore, EVs secreted from human stem cells have been reported to be equally effective as the transplanted cells in various disease models.

Evercyte has put a focus on the development of telomerized human cells that produce EVs with therapeutic activity. Telomerized human cells are characterized by morphology, phenotype and functions that are similar to parental primary cells. Simultaneously, the cells show a stable karyotype and cellular life span that is at least double that of normal cells with growth rates comparable to that of the primary cells.

Additionally, human highly specialized cells qualify for production of recombinant proteins or vaccines. Today, more than 60% of recombinant proteins used for therapeutic applications are produced in mammalian cells, which is due to appropriate protein folding, assembly and posttranslational modification, factors that are major determinants for the biological activity and product quality. However, most commonly used mammalian cell factories have e.g. abnormal glycosylation patterns and thus may produce protein isoforms that differ from those synthesized in normal cells. Furthermore, differences in the glycosylation patterns produced by cells from different tissues accentuate the need for selection and establishment of novel host cell lines. 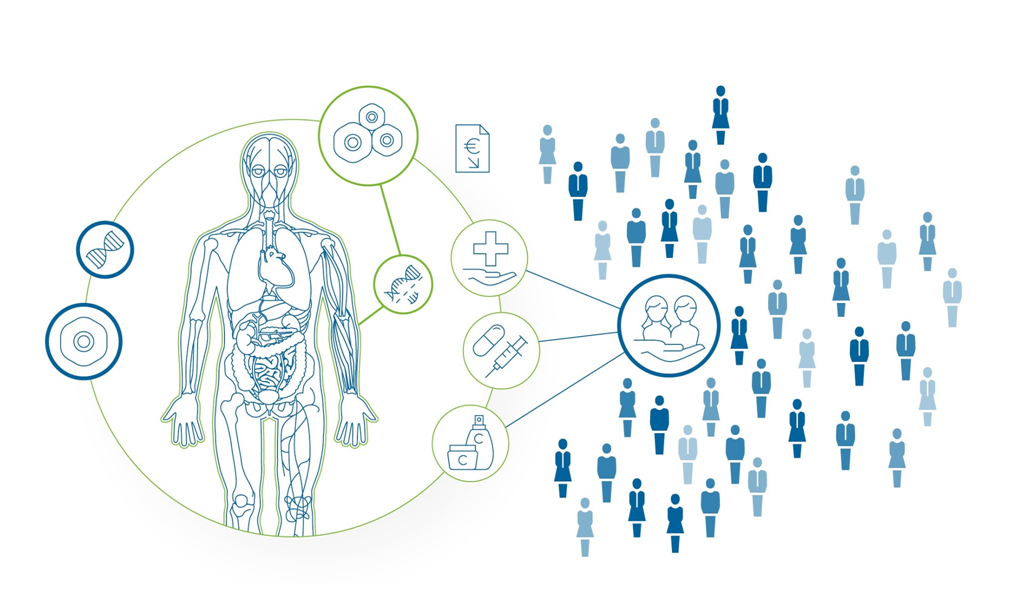 Evercyte: harnessing the power of human relevant and standardized cells for biotechnology and biomedicine.