Evercyte will be discussing a range of new capabilities based on its expertise in producing high quality cells that comply with Good Cell Culture Practice (GCCP) standards.

It has also perfected human bronchial epithelial cells (HBEC3-KT) immortalized by telomerase that use well-differentiated cells as model systems to study lung disease / cancer and toxicology.

It is able to harness the availability of microRNAs in biofluids like blood, urine, etc., for use as liquid biopsy toxicology biomarkers.

Evercyte has applied gene editing of human primary like cells using CrispR/Cas9 and RPTEC/TERT1 cells as an example that can be extended to any gene deletion, gene or reporter insertion.

Dr. Johannes Grillari, Evercyte’s Chief Scientific Officer, is affiliated to the conference as Associate Professor at University of Natural Resources and Life Sciences, Vienna (BOKU) and a world-recognized expert in cell and molecular biology.

“Telomerase maintains the primary key functionalities of the cells, retaining high karyotypic stability. These cells are the only surrogates with primary cell characteristics that can be gene edited for functional studies and fast reporter gene assays using targeted insertion of genes by CrispR/Cas9. This enables orthogonal screenings in phenotypic drug screening or target screenings in isogenic human cell lines,” he explained.

Recently, Evercyte has become a key player in the development of induced pluripotent stem (iPS) cells from human urine as a non-invasive source for generating cell material. The company also offers a range of cell-based assays, used in development of drug screening strategies and other applications. It also develops assays to individual specification to help customers reduce their time and spend on drug discovery and development.

Evercyte’s Pharmacocellomics™ is also improving the predictability of substance efficiencies and side effects in the general population by systematically establishing and commercializing relevant cell type specific model systems from donors of different genetic backgrounds.

The European Laboratory Research & Innovation Group (ELRIG) is a UK-based not-for-profit organization serving the needs of the drug discovery and life science communities across Europe. Its Cell Based Screening conference is a biennial event that provides leading scientists from academia and industry for a forum to discuss latest developments in cell based screening in drug discovery.

The 2nd ELRIG Advances in Cell Based Screening in Drug Discovery meeting, ELRIGCBS17, is a two-day event opening May 10 at the AstraZeneca campus in Gothenburg, Sweden.

The program will include key topics such as advanced cell models, applied omics, assays/methods exploring mode of action, phenotypic screening, and target deconvolution.

The meeting is organized by ELRIG with more information at: https://elrig.org/elrigcbs17/ 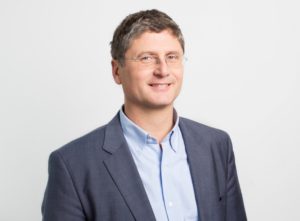