As a leading manufacturer of ethical cannabis-derived and cannabinoid-related products with applications in medical, pharmaceutical research, cosmetic, nutraceutical and food additive applications, CBDepot has in-depth knowledge across the broad and complex range of cannabinoids.

One of the most interesting and potentially valuable cannabinoids is CBDA, or Cannabidiolic acid in full. CBDA is increasingly indicated as affecting levels of serotonin, which aids in nerve cell signaling, governing motor skills, sleeping, eating, digestion, and emotions. It is also thought to an anti-inflammatory and to reduce nausea and vomiting, making it potentially valuable in radiotherapy and chemotherapy cancer treatments.

CBDA (cannabidiolic acid) is one of the more than 100 cannabinoids produced by the cannabis sativa (hemp) plant; chemical compounds that interact with the human endocannabinoid receptors to produce physiological and psychoactive effects. Of these, THC (tetrahydrocannabinol) and CBD (cannabidiol) are the best known, respectively linked to the ‘highs’ and calming effects linked with cannabis.

Cannabidiolic acid sits midway in the natural synthesis chain that starts with the dominant ‘source’ cannabinoid, cannabigerolic acid or CBGA. This converts to three precursor compounds; tetrahydrocannabinolic acid (THCA), cannabichromenic acid (CBCA), and CBDA, which is turn can be converted by heat or sunlight decarboxylation into CBD. Thus CBDA can be seen as the ‘raw’ form of cannabidiol.

CBDA web references reveal a growing trend towards juicing raw cannabis leaves to provide a ‘daily dose’ of CBDA to derive its presumed benefits as well as its increasing use in a growing range of capsules, tinctures, and topical creams. But what exactly are these supposed benefits?

CBDA is distinct from most cannabinoids in not binding directly with the CB1/CB2 cannabinoid receptors in the human brain but interacting less directly with the endocannabinoid system as an inhibitor of the COX-2 (cyclooxygenase-2) enzymes associated with post-injury or infection inflammation. Furthermore, at least one rodent study discovered  CBDA affected levels of the nerve signaling chemical serotonin, which is vital to core human functions. This is significant, excess serotonin triggered by stress cause vomiting and nausea. While the former can be  controlled with medication, the latter is more challenging to control and is complained about as one of the most distressing side effects of cancer treatment.

A 2013 Canadian research study, comparing effects with the traditional anti-nausea drug ondansetron (OND), indicated CBDA was around 103 times more binding than CBD with the serotonin receptor linked with nausea and anxiety.

Similarly, CBDA may also be a powerful anticonvulsive, demonstrated to have 100 times greater affinity than CBD with the 5-HT receptors, possibly because it has greater bioavailability, allowing the body to metabolize CBDA faster and with less effort.

This same receptor affinity could make CBDA a useful anti-depressant, binding to 5-HT receptors in much the same way as a selective serotonin reuptake inhibitor (SSRI) medication.

To date, most CBDA studies have been preclinical non-human studies, with its use in medical treatments thought problematic because of its inherent instability in naturally decarboxylating.

However, a research team led by Dr. Raphael Mechoulam, the pioneer in synthesizing CBD and THC, reported to the 2019 CannMed conference that they had identified a method to synthesize CBDA into a more stable compound, cannabidiolic acid methyl ester, or HU-580, with confirmed anti-depressive properties.

As a science-led company, CBDepot is constantly seeking to expand the boundaries of knowledge on cannabinoids. While most of its research efforts are devoted to CBD, it is also conducting R&D in isolation and synthesis across a broad range of cannabinoids, of which CBDA may become one as it continues to generate a significant upsurge in market interest.

CBDepot’s scientific program is anchored in its strategic affiliation with the Prague Institute of Chemical Process Fundamentals (ICPF) at the Czech Academy of Sciences. 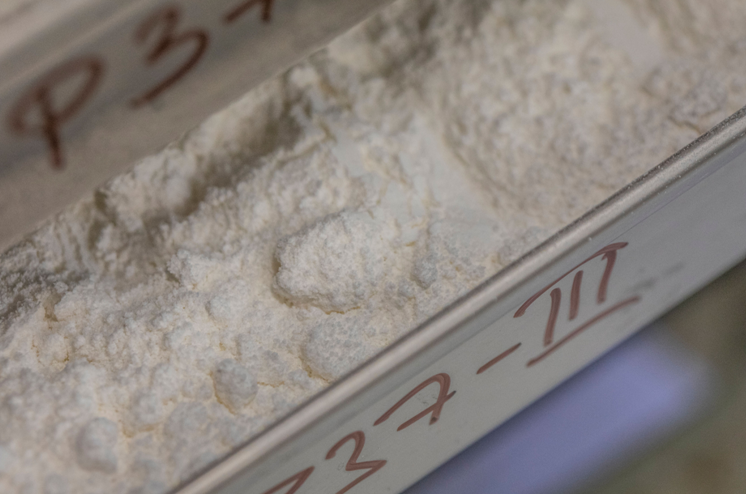