In early March, the researchers from National Institute of Allergy and Infectious Diseases (NIAID), US presented results using AAV-mediated expression of anti-HIV antibodies that demonstrated safe and sustained levels of the delivered antibodies in patients’ blood.1 These data provide evidence that AAV may exhibit protective quantities of virus neutralizing antibodies and that this approach can be applied for currently existing SARS-CoV2-variants.

SIRION and University Hospital of Erlangen already use AAV technology for passive immunization with virus-neutralizing antibodies. The aim of the latest research is to provide protective antibodies against SARS-CoV-2 circulating in blood for at least six months following a single administration. According to the researchers from the University Hospital of Erlangen, first passive vaccinations against coronavirus seem possible already at the end of the year. 2

These research findings will also serve as a basis for SIRION ’s design of AAV technologies for rapid expression of antibodies or other proteins in further applications.

The acknowledgment by the State of Bavaria confirms SIRION’s strategy to giving priority to research projects aiming at COVID-19 vaccines and therapies despite overall tight capacities in viral vector manufacturing. SIRION is carrying out further research focusing on adenovirus Ad19a/64 vector-based technologies for vaccines as well as constitutive and inducible lentivirus platforms for assay and therapeutics developments.

Based at Martinsried, near Munich, SIRION is a world leader in viral vector-based gene delivery technologies for gene and cell therapy.

Erlangen University Hospital (Universitaetsklinikum Erlangen) is one of Germany’s most respected medical research centers, whose prominence has contributed to Erlangen becoming known as the “City of Health and Medicine”.

Both share an understanding that gene and cell therapy are among the hottest topics in modern drug development, with viral vectors providing a critical gene editing tool allowing for breakthrough treatments for so far incurable diseases, as well as the reduced drug dosages needed to improve patient safety and affordability.

SIRION’s core competencies in vector design and manufacturing protocols, proven during thousands of development projects with drug developers, are both key to developing effective coronavirus vaccines. SIRION has recently shown impressive business growth and an expanding international presence, adding offices in Paris and Boston, as well as a fifth research and production facility near the Heidelberg University campus.

Founded at Martinsried, near Munich, in 2007, SIRION Biotech has become Europe’s leading commercial supplier of viral vectors used for genetic research, clinical target validation, cell and gene therapy and vaccination studies. It is SIRION’s mission to change the paradigm for viral vector supplies, with their ability to develop and supply all major viral vector types (adenovirus, lentivirus, AAV) within a matter of weeks at the concentration titres and quantities needed for preclinical human and animal testing. 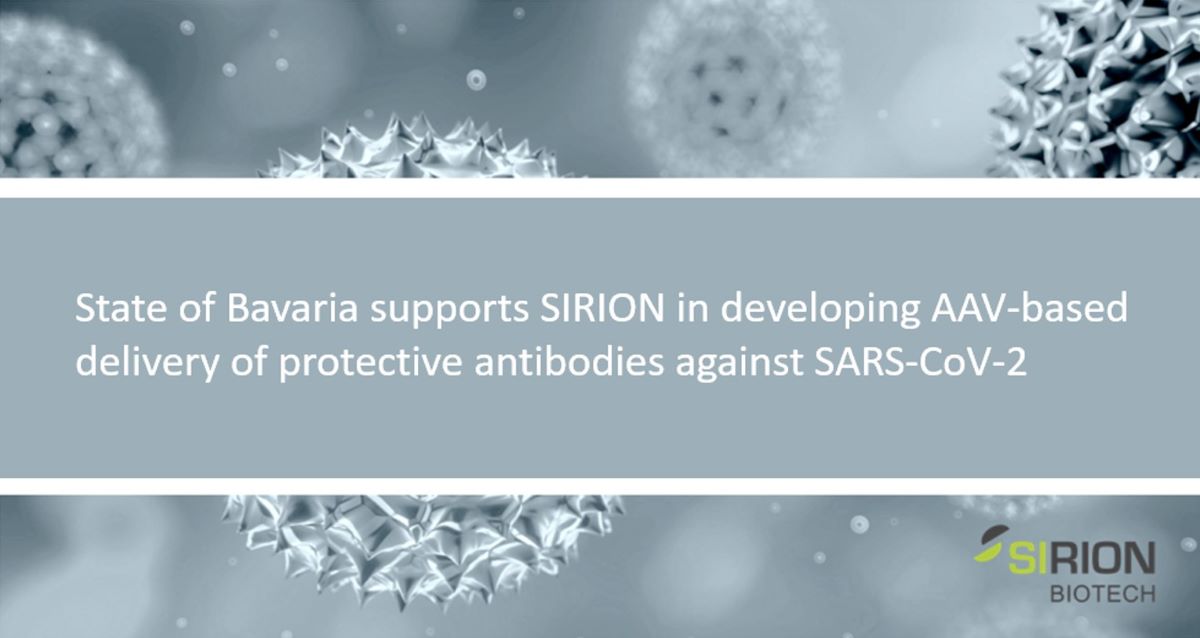