To get in touch with B Medical Systems, simply fill out the form below.

Subscribe to receive the latest updates from B Medical Systems

B Medical Systems Inaugurates its Manufacturing Facility in Mundra Gujarat

Mundra, Gujarat: B Medical Systems, a global leader in medical cold chain solutions, headquartered in Luxembourg, has inaugurated its new Indian manufacturing facility in Mundra, Gujarat in the presence of several national and international dignitaries. Built with an investment of over Rs.100 crore, the facility has an annual production capacity of 100,000 units of medical cold chain products such as vaccine refrigerators, freezers, and transport boxes, which can also be quickly scaled up based on demand. The facility in Mundra is the company’s first-ever manufacturing facility outside Europe and is expected to generate hundreds of employment opportunities in the Kutch region.

The Honourable Prime Minister of Luxembourg, Mr. Xavier Bettel, graced the occasion and said in his message, “I am very satisfied that the first virtual summit I held with Honourable Prime Minister Narendra Modi a bit more than a year ago bore fruit so quickly. In less than a year’s time, the team of B Medical Systems has set up this Make in India production site and started to produce medical cold chain equipment in the state of Gujarat, which I would like to commend for its investment friendliness.” He also thanked the Honourable Prime Minister of India, Shri Narendra Modi, the Ministry of External Affairs, the Ministry of Health and Family Welfare, the Govt of Gujarat, Invest India, and Indextb for their support in B Medical Systems’ journey in India.

Shri. Paroshottam Rupala, Hon’ble Union Minister of Fisheries, Animal Husbandry & Dairying, Govt of India unveiled the first made in India multi-mode vaccine refrigerator/freezer and/or ice-pack freezer unit of B Medical Systems which will play a big role in enhancing the National Animal Disease Control Program. “I extend my commendation to the Prime Ministers of India and Luxembourg whose visionary leadership has culminated into the launch of this bilateral project, which will not only save millions of human lives but also animal lives. It will not only meet the demands of the human healthcare ecosystem but also the animal healthcare ecosystem” – said Shri. Paroshottam Rupala, the honourable Union Minister. Shri Rupala has been instrumental in the transformation of India’s Animal Husbandry sector which will play a key role in achieving Shri Narendra Modi’s vision of doubling the income of farmers across the country.

“For more than four decades B Medical Systems has been providing state-of-the-art technology products across the world from Luxembourg. Today, we have found our second home in Mundra, within the premises of the Adani Group. Our journey in India has been a flawless experience. I would like to take this opportunity to express my gratitude and also to testify the incredible level of support we have received from everyone including the Govt of India, the Govt of Luxembourg, the Govt of Gujarat, and the embassies of India and Luxembourg, just to name a few” said Mr. Luc Provost, CEO of B Medical Systems in his message for the occasion.

“It’s a dream come true and a historical moment for B Medical Systems. To be able to support the healthcare infrastructure of India is an honour for us. We are bringing state-of-the-art technology and innovations that will deliver a reliable medical cold chain across every part of the country. The opening of this facility is a testament to our commitment to the Govt of India’s ‘Make in India’ initiative and our vision is to make India the vaccine cold chain capital of the world” said Mr. Jesal Doshi, CEO of B Medical Systems India Pvt. Ltd.

B Medical Systems is also proud to announce that the majority of the workforce on the factory floor is comprised of women and is proud to contribute to women empowerment with the support of the Adani Foundation. B Medical Systems has also announced the launch of two CSR projects for the education of nearly 1,000 marginalized children, one with the Yusuf Meherally Foundation in Kutch and the other one with the Vidyavihar Kelvani Mandal in Palitana to support the education of orphans and children of doli/palkhi workers.

B Medical Systems India Pvt Ltd was established in early 2021 after B Medical Systems received the invitation from the Hon. Prime Minister of India, Shri. Narendra Modi, to establish a production facility in India to support the country’s immunization efforts following the virtual bi-lateral summit between India and Luxembourg on the 19th of November 2020.

Your trusted partner for all your medical cold chain needs 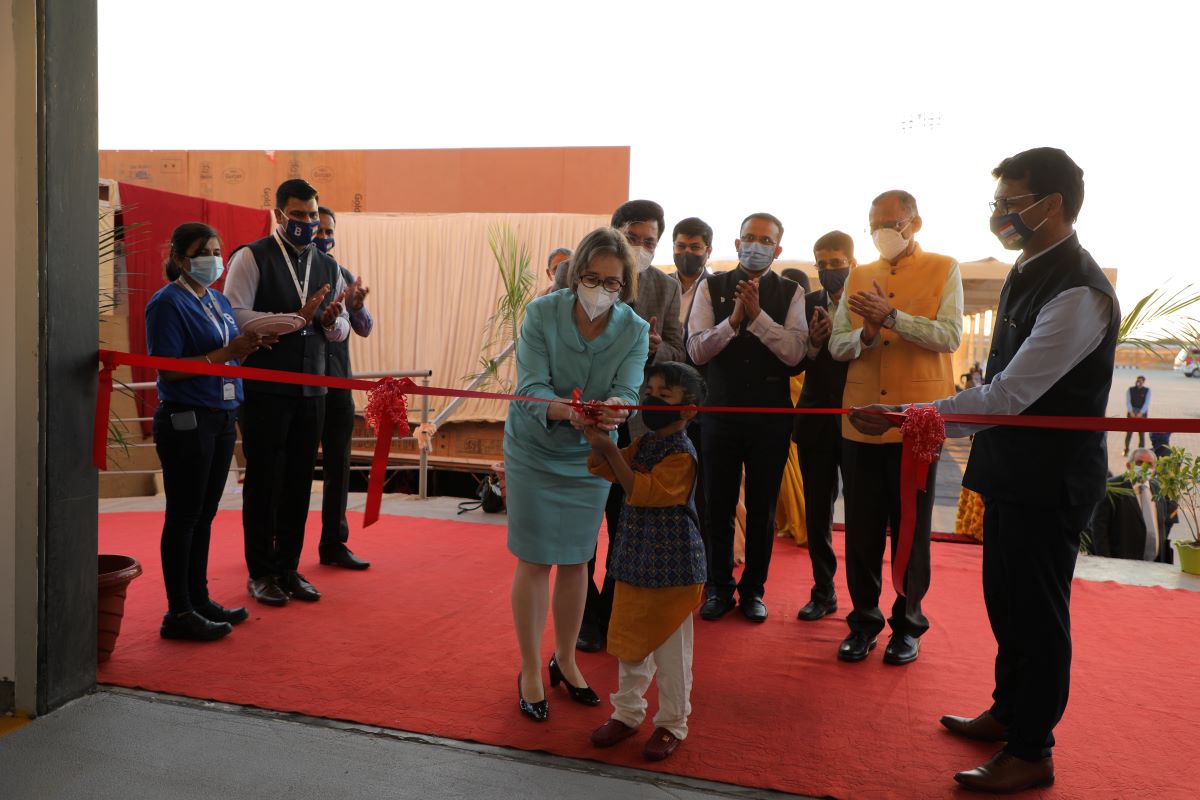 Simply fill out the form below to contact B Medical Systems now.

Send B Medical Systems a Message

View Articles by B Medical Systems