Medelpharm Lab and STYL’One Nano to star at Pharmaceutics Bologna

Medelpharm Lab and STYL’One Nano to star at Pharmaceutics Bologna

Medelpharm will also be a sponsor of the 3rd European Conference on Pharmaceutics and will contribute a poster to the scientific discussions.

The Medelpharm stand at booth 15 at the Bologna Congressi center will star the new benchtop tablet press STYL’One Nano in full demonstrations. These will be led by Adrien Pelloux, who recently joined Medelpharm as Lab Manager.

“Initial reaction has been highly favorable with researchers telling us they love the compact design and small footprint along with the price of this latest benchtop R&D addition to the STYL’One family,” added M. Leclercq.

Its stand display will also feature the benefits of the applied research and focused consulting services available under the Medelpharm Lab program, centered at the recently added purpose-built laboratory facilities at Beynost.

M. Leclercq is co-author of a study led by Graeme Macleod, Global R&D Manager at SPI Pharma, on ‘Developing Robust Chewable Tablet Formulations’. Medelpharm will also present a poster on ‘Evaluation of the performance of an external lubrication system implemented in a compaction simulator’ led by Cedrine de Backere of Ghent University’s Laboratory of Pharmaceutical Technology

The 3rd European Conference on Pharmaceutics will be attended by scientists from all over the world, working in research and development of drug products and medical devices, scale-up and/or production.

This is a two-day event opening March 25 at the Palazzo Congressi in central Bologna, with a central theme of “Bringing science into pharmaceutical practice”, which will be covered in a large range of presentations on fundamental research, formulation development, pharmaceutical ingredients, developing and processing equipment, analytical technologies, medicinal products, medical devices, contract manufacturing, regulatory frameworks, stability testing, in vitro-in vivo correlations, in-silico simulations and other fields.

Medelpharm is an international enterprise, located in Lyon, making available the most powerful, still easy-to-use R&D tableting presses like STYLCAM and STYL’One to every formulator and development scientist.

You are looking for assistance in API and excipient characterization, solid dosage formulation or production trouble shooting? Please come and visit our powder characterization laboratory in Lyon. 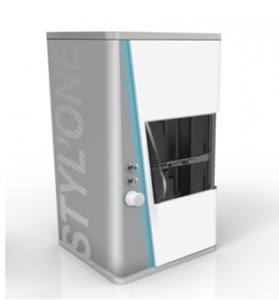