To learn more about VALIDOGEN’s Pichia pastoris protein production toolbox, please click on the brochure below: 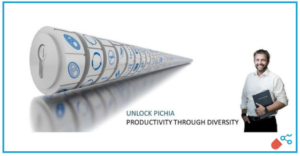 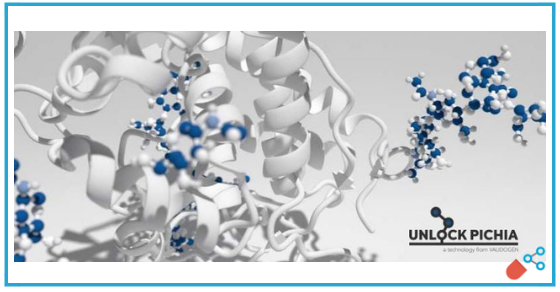 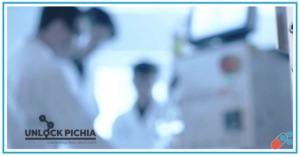 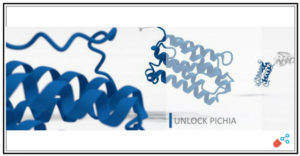 To learn more about Protein Expression Excellence – Pichia pastoris, please click on the brochure below: 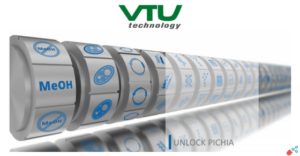 To learn more about Pichia pastoris – Protein Production Excellence, please click on the brochure below: 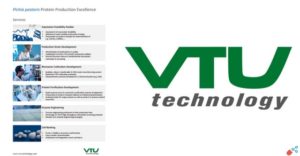 To learn more about Custom Glycoprotein Production in Pichia pastoris, please click on the brochure below: 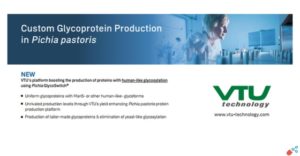 The pharmaceutical and biotech industry is increasingly involved in development of novel biopharmaceuticals and biobetters based on peptides and small proteins with an intrinsic need for half-life extension.

A proven strategy for extending the half-life of therapeutic proteins is fusion to human serum albumin, which is stable, benign and abundant. This fusion allows for less frequent administration while maintaining efficacy.

Albumin is a well characterized, naturally occurring carrier protein with a particularly long serum half-life, which does not elicit unwanted immunogenicity and, in contrast to other technologies, comes with a well-known mechanism of clearance.

VTU´s Pichia pastoris platform is a high productivity system for the manufacture of recombinant albumins and albumin fusion proteins.

This technology has yielded titers of up to 35 g/L of recombinant albumins, thus constituting the highest values so far reported with respect to recombinant proteins being secreted into the culture supernatant of yeast cultivations.

The use of a special subset of VTU´s exclusive AOX1 promoter variants, enabling production processes without the need for induction with methanol, furnishes double-digit g/L levels of HSA in fermentations with glycerol as the sole carbon source.

VTU Technology has successfully applied recombinant albumin fusion technology to various proteins and peptides. Albiglutide, a dimer of a recombinant glucagon-like peptide-1 variant fused to human albumin ((GLP-1)-(GLP-1)-HSA) has recently obtained US FDA (Tanzeum) and EMA (Eperzan) approvals. Various other proteins and peptides fused to HSA are in clinical and pre-clinical development.

Yields achieved with the VTU Pichia system for albumins and albumin fusion proteins are summarized below:

The VTU library has been enhanced with groundbreaking and unique MeOH-free second-generation PAOX1 promoter variants facilitating strong expression without the need for methanol-induction. Figure 2: Methanol-induced and methanol-free phytase expression based on a small and an extended screening approach To learn more about VTU’s Pichia pastoris Protein Expression Excellence please click on the brochure below: To learn more about VTU’s Pichia Pastoris Protein Expression Services please click on the brochure below:

Since its foundation 2008, VTU has continuously optimized and expanded its Pichia technology to form an expression toolbox of unparalleled versatility and flexibility for the fast track generation of high performance Pichia pastoris protein production strains and economically viable protein production processes for biopharmaceuticals and other proteins.

VTU’s technology suite is based on a cutting-edge Pichia pastoris protein production platform based on its exclusive 1st and 2nd generation AOX1 promoter libraries. These enable sensitive fine-tuning of gene expression by selecting the perfect match out of a huge possible range of promoter/target gene combinations.

Capacities for cultivation and analysis of up to 25.000 clones per week in 96-deep well plates enable the development of customized high performance expression strains with unmatched product yields in minimum time.

VTU offers a suite of services including: