To get in touch with Applikon Biotechnology B.V., simply fill out the form below.

Subscribe to receive the latest updates from Applikon Biotechnology

Applikon Biotechnology B.V. (Applikon) is a manufacturer that specializes in upstream bioprocess equipment for the life sciences industries. Its mission is to provide reliable solutions for the bioprocess market to enable an improved quality of life.

Applikon’s core business is in the development and supply of advanced bioreactor systems from laboratory scale, to pilot, to production scale. We partner with customers to implement scalable platforms from initial screening through development and full-scale production. Our global client base includes pharma and biotech companies, food industry, CROs, CMOs, governmental and academic organizations.

BioBundle Turnkey Systems
All-in-one complete bioreactor systems, equipped with all necessary components and ready to use “out-of-the-box”. These are based either on Applikon’s my-Control or ez2-Control automation systems.

BioSep Acoustic Perfusion System:
The Applikon BioSep system is a unique, cell retention device for high-density perfusion, concentration and washing processes. Instead of a physical mesh or membrane, it uses high frequency resonant ultrasonic waves to separate cells, delivering all the benefits of traditional devices but without their inherent fouling or clogging limitations. BioSep can be applied in continuous mode from lab scale to production scale (1000L/day) across a range of applications such as cell screening and medium optimization.

Process Control Systems
A range of in-house developed process control systems to automate bioprocesses including my-Control for maximum performance from mini bioreactors, ez2-Control adaptive control for quick set up of lab scale operations, i-Control ultimate in control for pilot scale and production scale operations, allowing a large number of inputs and outputs based on industrial fieldbus and a choice of PLC platforms, in-Control: stand-alone process controller for laboratory scale bioreactors, and SUB-Control easy to operate industrial control system with extended control possibilities developed for single use bioreactors with volume up to 2000L.

Service & Maintenance
Applikon’s AppliCare is a full-range calibration, repair, maintenance, modification and spares service delivered by engineers in-house trained in bioprocesses who not only know how to maintain and repair equipment but also solve process issues.

Sales are conducted through a distributor network, covering more than 35 countries, backed up by a service organisation of in-house trained engineers for global installation, training, and repair.

The excellence of Applikon small-scale bioreactor solutions is passed on a series of proprietary technologies that are mutually supporting. These include:

Applikon Biotechnology has a more than 40 year history that extends back to 1973 when it was first established as Applikon BV, a subsidiary of glass industry manufacturer Pieterman BV, to sell biotechnology scientific equipment from Pieterman and Swiss-based Metrohm and later other foreign companies.

Initially based in Vlaardingen, NL, Applikon moved in 1978 to Schiedam, where it began manufacturing special analyzer equipment for the environmental and the process industries, as well as small bioreactor systems with control equipment. By the early 1980s, booming bioreactor sales had expended Applikon’s activities across Europe and to the USA with an American subsidiary based in Austin, Texas, established in 1983.

The following year, ownership of Applikon passed to Metrohm, soon followed by expansion of the main manufacturing facilities to 2000 sq. meters and transfer of biotechnology activities to a new entity, Applikon Dependable Instruments (ADI). The product portfolio expanded to include in situ sterilizable systems and microprocessor control instrumentation.

In 1988, Applikon moved its US base to Foster City, California, while increased European academic collaborations drove forward further product innovations. With the acquisition of the Contact Flow bioreactor program in Ridderkerk, Applikon gained expertise in vaccine production technology developed in partnership with the Dutch Institute for Environmental and Human health issues in Bilthoven.

By 1990, the Schiedam facility had expanded five-fold to 10,000 m2, while ADI had acquired a stake in analyzer equipment specialist Instrumek BV.

1992: In collaboration with DHV, Amersfoort and the RIVM, Bilthoven, Applikon was awarded an order from the Chinese government to build large-scale vaccine plants in China. By securing and successfully completing this project, Applikon became a significant force in large-scale biotech production.

In 1998, as biotechnology activities continued to expand, AppliSens was formed as a new division to specialize in sensor technology and special separation systems for perfusion cell cultures.

In 2004: Applikon Biotechnology BV, including AppliSens, was split off as a separate company from ADI and in 2008 became the focus of a management buy out by its current leadership team; Arthur Oudshoorn (Managing Director), Erik Kakes (International Sales & Marketing Director) and Jaap Oostra (Director Engineering & Product Development).

In 2013, King Willem-Alexander of the Netherlands opened the new Applikon HQ at Delft.

In January 2020, Applikon became a fully owned subsidiary of Getinge AB, the Swedish-based leading global provider of products and systems contributing to quality enhancement and cost efficiency within healthcare and life sciences.

Applikon fermenters and bioreactor systems are also CE-marked as meeting the CE guideline on Pressure Equipment Directive (PED) that is mandatory within the European Economic Area (EU plus Norway, Iceland, and Liechtenstein) for all pressure equipment with internal pressure exceeding 0.5 bars.

Applikon equipment is validated for human vaccine production. The company is frequently audited by authorities and customers. 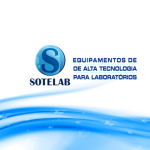 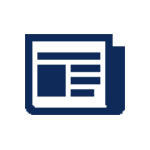 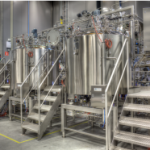 Simply fill out the form below to contact Applikon Biotechnology B.V. now.